What is an Autoencoder? - Unite.AI

Briefly, autoencoders operate by taking in data, compressing and encoding the data, and then reconstructing the data from the encoding representation. The model is trained until the loss is minimized and the data is reproduced as closely as possible. Through this process, an autoencoder can learn the important features of the data. While that’s a quick definition of an autoencoder, it would be beneficial to take a closer look at autoencoders and gain a better understanding of how they function. This article will endeavor to demystify autoencoders, explaining the architecture of autoencoders and their applications.

Autoencoders are neural networks. Neural networks are composed of multiple layers, and the defining aspect of an autoencoder is that the input layers contain exactly as much information as the output layer. The reason that the input layer and output layer has the exact same number of units is that an autoencoder aims to replicate the input data. It outputs a copy of the data after analyzing it and reconstructing it in an unsupervised fashion.

So why would you want to train a network to just reconstruct the data that is given to it? The reason is that the network learns the “essence”, or most important features of the input data. After you have trained the network, a model can be created that can synthesize similar data, with the addition or subtraction of certain target features. For instance, you could train an autoencoder on grainy images and then use the trained model to remove the grain/noise from the image. 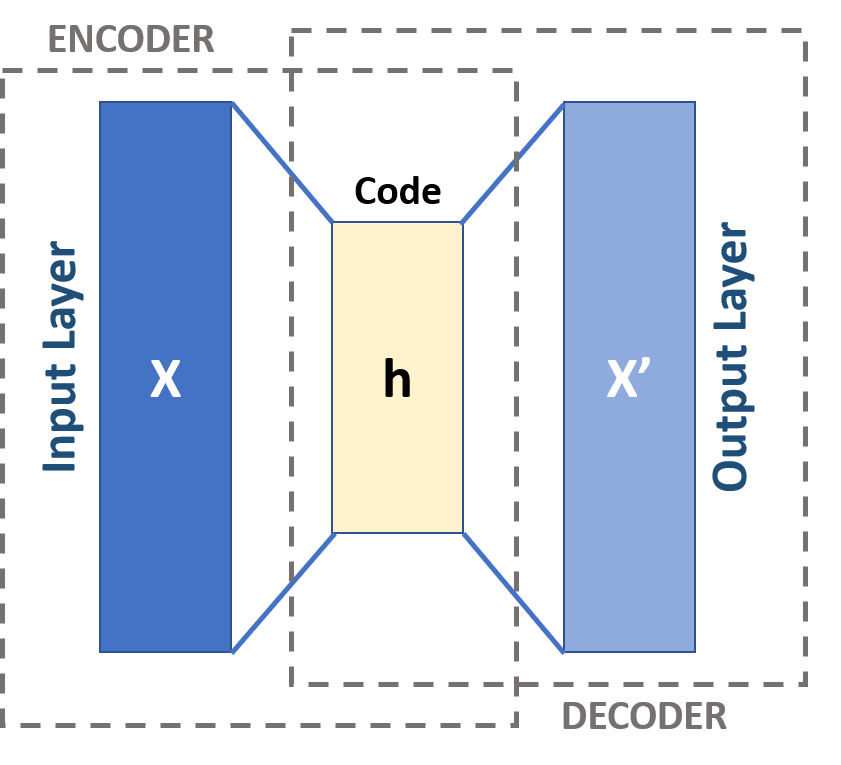 As previously mentioned an autoencoder can essentially be divided up into three different components: the encoder, a bottleneck, and the decoder.

The encoder portion of the autoencoder is typically a feedforward, densely connected network. The purpose of the encoding layers is to take the input data and compress it into a latent space representation, generating a new representation of the data that has reduced dimensionality.

The decoder layer is what is responsible for taking the compressed data and converting it back into a representation with the same dimensions as the original, unaltered data. The conversion is done with the latent space representation that was created by the encoder.

Attributes of An Autoencoder

There are various types of autoencoders, but they all have certain properties that unite them.

Autoencoders learn automatically. They don’t require labels, and if given enough data it’s easy to get an autoencoder to reach high performance on a specific kind of input data.

Autoencoders are data-specific. This means that they can only compress data that is highly similar to data that the autoencoder has already been trained on. Autoencoders are also lossy, meaning that the outputs of the model will be degraded in comparison to the input data.

The code size decides how many nodes begin the middle portion of the network, and fewer nodes compress the data more. In a deep autoencoder,  while the number of layers can be any number that the engineer deems appropriate, the number of nodes in a layer should decrease as the encoder goes on. Meanwhile, the opposite holds true in the decoder, meaning the number of nodes per layer should increase as the decoder layers approach the final layer. Finally, the loss function of an autoencoder is typically either binary cross-entropy or mean squared error. Binary cross-entropy is appropriate for instances where the input values of the data are in a 0 – 1 range. 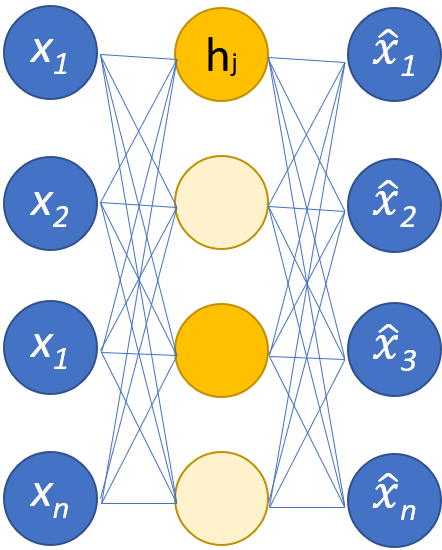 While autoencoders typically have a bottleneck that compresses the data through a reduction of nodes, sparse autoencoders are an alternative to that typical operational format. In a sparse network, the hidden layers maintain the same size as the encoder and decoder layers. Instead, the activations within a given layer are penalized, setting it up so the loss function better captures the statistical features of input data. To put that another way, while the hidden layers of a sparse autoencoder have more units than a traditional autoencoder, only a certain percentage of them are active at any given time. The most impactful activation functions are preserved and others are ignored, and this constraint helps the network determine just the most salient features of the input data.

Contractive autoencoders are designed to be resilient against small variations in the data, maintaining a consistent representation of the data. This is accomplished by applying a penalty to the loss function. This regularization technique is based on the Frobenius norm of the Jacobian matrix for the input encoder activations. The effect of this regularization technique is that the model is forced to construct an encoding where similar inputs will have similar encodings.

Convolutional autoencoders encode input data by splitting the data up into subsections and then converting these subsections into simple signals that are summed together to create a new representation of the data. Similar to convolution neural networks,  a convolutional autoencoder specializes in the learning of image data, and it uses a filter that is moved across the entire image section by section. The encodings generated by the encoding layer can be used to reconstruct the image, reflect the image, or modify the image’s geometry. Once the filters have been learned by the network, they can be used on any sufficiently similar input to extract the features of the image.

Because the model learns the features or images as Gaussian distributions instead of discrete values, it is capable of being used to generate new images. The Gaussian distribution is sampled to create a vector, which is fed into the decoding network, which renders an image based on this vector of samples. Essentially, the model learns common features of the training images and assigns them some probability that they will occur. The probability distribution can then be used to reverse engineer an image, generating new images that resemble the original, training images.

When training the network, the encoded data is analyzed and the recognition model outputs two vectors, drawing out the mean and standard deviation of the images. A distribution is created based on these values. This is done for the different latent states. The decoder then takes random samples from the corresponding distribution and uses them to reconstruct the initial inputs to the network.

Autoencoders can be used for a wide variety of applications, but they are typically used for tasks like dimensionality reduction, data denoising, feature extraction, image generation, sequence to sequence prediction, and recommendation systems.

In terms of image generation, autoencoders can be used to generate fake human images or animated characters, which has applications in designing face recognition systems or automating certain aspects of animation.

Related Topics:autoencoderunsupervised learning
Up Next

What is a Generative Adversarial Network (GAN)?

How Does Image Classification Work?