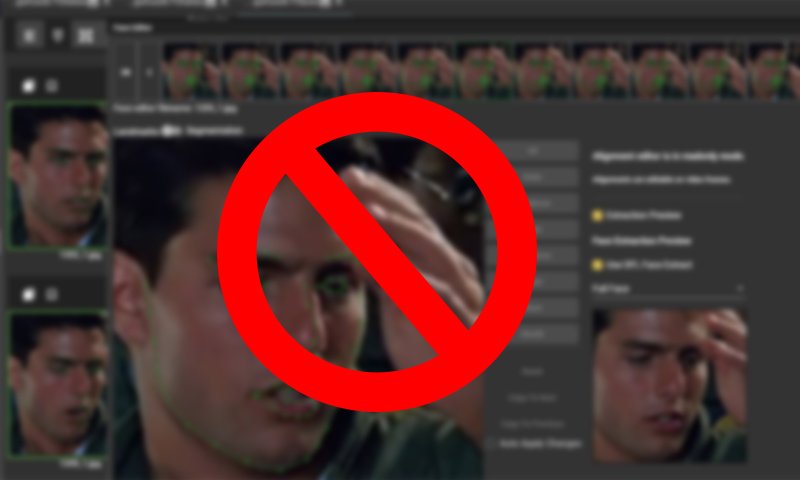 Over the weekend, apparently sometime around Sunday, Reddit banned the nominally ‘SFW’ (Safe For Work) deepfakes community titled r/deepfakesfw. The subreddit was one of the early responses to the social media giant’s prompt deletion of the original, AI-porn-ridden r/deepfakes sub in 2018.

The (relatively) boiler-plate legend that now greets (archive snapshot taken Monday, June 13) anyone visiting the sub explains that it ‘was banned due to a violation of Reddit’s rules against involuntary pornography’. 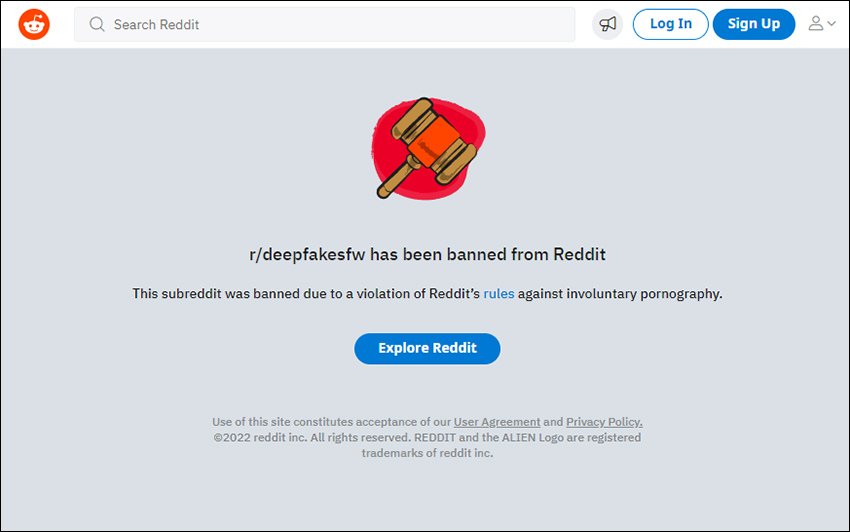 The new front page for r/deepfakesfw.

The r/deepfakesfw sub was not frequently archived by popular conservation platforms, but the most recent WayBack Machine snapshot, taken around ten days ago (on 3rd June 2022), indicates that the sub had 3,095 readers at that time.

That’s actually a higher number of subscribers than r/DeepFakesSFW (note the extra ‘s’), which currently has 2,827 readers (archive snapshot taken Monday, June 13, 2022). The most popular ‘legitimate’ SFW deepfakes community appears currently to be r/SFWdeepfakes, which at the time of writing has 16,636 readers (snapshot taken Monday, June 13, 2022).

What appears to have doomed r/deepfakesfw was not the posting but the requesting of deepfake pornography. Reddit’s rules on Sexually Explicit Media state:

Based on the last available RSS feeds from the now-banned SFW sub, it has been the requesting rather than the posting of NSFW deepfake content that has finally triggered the ban:

Some of the final, clearly NSFW posts from the now-dead r/deepfakesfw subreddit. Source: Inoreader.

This suggests that the remaining ‘SFW’ Reddit subs survive by the speed, diligence and fast response times of their moderators, since it seems that Reddit is unwilling to become a kind of ‘classified ad’ forum for people to connect and transact illegitimate deepfakes via DMs (in cases where this cannot be explicitly requested in a post).

If so, then the not-yet-banned r/DeepFakesSFW may be living on borrowed time; its two current top posts when entering the root subreddit URL with the ‘old’ Reddit theme enabled have been specifically marked ‘NSFW’ (a tag that should presumably not even be available in this particular community).

Depending on circumstances, some rule-breaking posts currently appear in the r/DeepFakesSFW sub. Source: https://www.reddit.com/r/DeepFakesSFW/

There is actually no NSFW ‘flair’ available when making a new post at r/DeepFakesSFW, which has been operational for four years, according to its sidebar information: 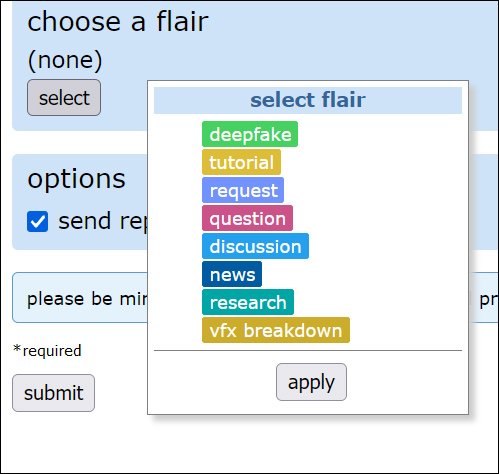 Available ‘flairs’ when posting to r/DeepFakesSFW.

Therefore the NSFW tags at r/DeepFakesSFW seem to have either been applied by moderators at the forum or by higher-level admins –  or even algorithms, possibly without any intervention or available opposition by local moderators. I reached out to the sole listed moderator of r/DeepFakesSFW about this, and will post any available updates.

(EDIT, Tuesday, June 14, 2022 – A moderator at r/DeepFakesSFW has responded, stating ‘It seems to happen when the user’s account is NSFW’. Presumably the only way to slow down the likelihood of such requests in SFW deepfake subreddits would therefore be to ban users who have ‘earned’ this classification.)

Most of the content at this subreddit, and at the larger r/SFWdeepfakes is concerned with using deepfake technology to ‘recast’ actors from popular or classic movies, or otherwise to have some more innocuous AI-driven fun with popular media and deepfake technology, and do indeed qualify as ‘SFW’.

Even though many such posts skirt perilously close to copyright-driven bans, the continuing survival of ‘IP-appropriated’ non-porn deepfake video posts by major YouTube deepfakers such as Ctrl-Shift-Face suggest a broad studio and rights-holder tolerance towards such activity, at least for the time being.

The ‘Innocent’ Appearance of the Deepfake Process and Ecostructure

To an extent, this approach may have been the only way that Colab could have implemented any restriction on the production of deepfake pornography, since the actual deepfake training process uses nothing but open source software and highly-cropped face images (usually at a mere 512x512px, often less), with almost zero possibility for image recognition algorithms to intercept any actual pornographic content.

By the time the deepfake model is trained, the deepfaker no longer needs the enormous processing power of Colab or an expensive local GPU. Most actual conversions (i.e. the process of imposing a face into a video, pornographic or otherwise), can be accomplished locally, on low-powered laptop GPUs – or even on a CPU (with a slightly longer processing time). By the time anything pornographic is happening in the deepfake process, Colab has long since been cut out of the picture.

Is a ‘Scorched Earth’ Policy Coming for Deepfake Communities?

The question that haunts the denizens of deepfake Discord communities such as DeepFaceLab (including DeepFaceLive), FaceSwap, Machine Video Editor (MVE, a GUI-based environment for DFL, with many added features), and new audio-based deepfake Discord servers such as Audio Deepfakes is Will current portal and platform owners soon simply ban deepfake communities on principle, rather than bear the expense of constant moderation against a tide of NSFW adherents and creators?

Bryan Lyon, one of the developers of FaceSwap, and owner of the project’s associated Discord server, commented†:

‘We’ve managed to stay on Discord, despite several purges, by staying absolutely squeaky clean. We don’t have any hidden channels or a secret second server with illicit content. There was a purge of the popular DeepFaceLab server a couple of years back. Everyone on it got banned. They had invite-only roles with access to channels with non-consensual pornography.’

Given that Google, itself one of the world’s largest technological hosting resources, has blanket-banned deepfake training on its servers and GPUs, it’s even possible that the Microsoft-owned GitHub may decide that facilitating these technologies* will eventually not be worth the moral ambiguity or investment of oversight.

One Step Closer to AI With a Human-Like Mind