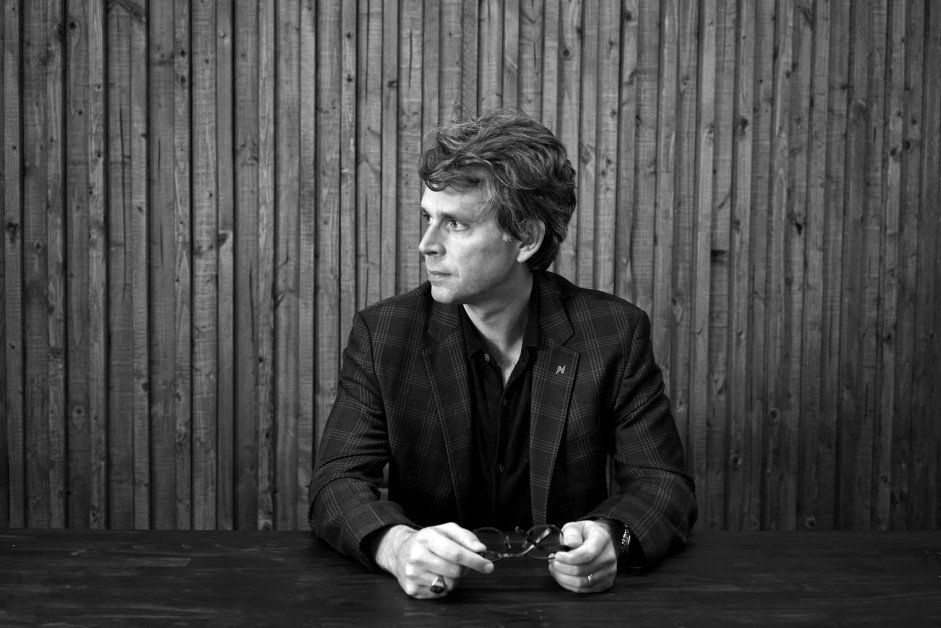 Dr. Matthew Putman is the CEO and Co-Founder of Nanotronics, a science technology company that has redefined factory control through the invention of a platform that combines AI, automation, and sophisticated imagining to assist human ingenuity in detecting flaws and anomalies in manufacturing, an industry that has stagnated since the 1950s. Prior to Nanotronics, Matthew was an owner and Vice President of Development for Tech Pro, Inc., which was acquired by Roper Industries in 2008. During his time at Tech Pro, he lead two acquisitions and the transformation of the instrument manufacturer into new global markets, having formed partnerships or subsidiaries in 15 nations.

Could you describe what is nanotechnology?

Nanotechnology has taken on two different meanings throughout the 35 years or so that the term has existed. The most common in 2020 is that nanotechnology is the use of any technology that has a feature size of less than 100 nanometers. We see nanotech that fits this in stain resistant coatings, sunscreen,  and water purification. This presents opportunities but isn’t the most exciting. To me, nanotechnology is the ability to manufacture things that are atomically precise. When you have something that is atomically precise you have the ability to navigate through space without the restriction of the macro world. You have physically and electrical properties that are not only superior, but they are also controllable. This is where nanotechnology has the possibility to open up areas of innovation not possible in other ways. This was first outlined by Eric Drexler in the 1980s, and now that Artificial Intelligence can interact with material science, biology, chemistry, and physics, things are more possible than they ever were before.

Which industries are most ripe for disruption by nanotechnology?

The electronics industry is something that seems to lead the way for everything else. The potential end of Moore’s Law using traditional semi-conductor manufacturing is actually an opportunity for nanotechnology. I think we are going to start seeing things like 3D architecture of substrates, we are going to see new material that we were not able to use before to provide more energy efficiency. And we are going to be able to see designs being built for much less money than it takes to currently build semi-conductors. Once you do this, we will see that the rest of the can benefit from the properties to manipulate objects at this scale, whether it is biology or chemistry, the example and prototype that we will see in semi-conductors will be applied.

We began Nanotronics in 2010, when I was working at Columbia University. Nanotronics is really a result, not so much of wanting to have a company, but wanting to make sure that the most exciting inventions could be scaled. A university lab is a place of great potential invention, but it doesn’t mean very much if the invention stays within the lab. This is in my DNA as someone who has spent more time on factory floors than academic labs.  I started Nanotronics with my father was the founder of another company where we worked together. That company that was acquired in 2008. The goal of that company (Tech Pro), was to use the latest in computer technology and instrumentation for revolutionizing older industries. Really, Nanotronics is the evolution of that concept. In the case of Nanotronics, it is using Artificial Intelligence, super resolution imaging, and robotics in order to change the way things are built. This idea was not industry specific. We had our first customer in 2011, in next generation semi-conductors that were difficult to scale due to nanoscale defects that cause poor yields, and prevented mass adoption, despite the incredible qualities that they provide. This was a wonderful place to start, as it presented an incredible amount of challenges. It made it that we could look not only to that specific industry but have a lens to manufacturing in general. This industry, compound semiconductors, are now the fastest growing segment of the industry.

The Abbe Limit is the formalization of a law in physics called the diffraction limit by Ernst Abbe . This is a way to choose optics by calculating the Numerical Aperture so that the wave of light is not larger than the object you would like to image. This is something that we can overcome per say, but it is something that computationally you can get around. We have several different methods of doing this. One of the really effective ways of being able to address this is was not something we started with at all. We had much more complex ways of doing motion control and reconstruction of images than we do now. This involved moving light and moving physical things and taking multiple images and using computation to see what would not be seen otherwise. We still do this in some cases, but more often we use a combination of lighting modalities with artificial intelligence. Essentially, we are classifying what an AI expects should be seen and comparing that to what is seen, even if the wavelength of light is large than the object being imaged. We are always looking for new ways of doing this and the challenge is not always resolution but being able to detect something that is smaller than the Abbe limit, and to be able to do it at throughput speeds that keep up with manufacturing.

Could you discuss how Nanotronics merges machine learning with nanotechnology?

I addressed this a little bit in the previous question about the Abbe limit. In nanotechnology you can assume that something that you are resolving is smaller than the wavelength of the light that you are using. So, if you are able to see something that is smaller and be able to see it because of machine learning, then you are able to manipulate it, and you are able to learn from it yourself and be able to build with it. This is the first time this was possible with nanotechnology. We did an experiment that you can imagine becoming something valuable in nanotechnology, which was to use 3D printing with reinforcement learning. The 3D printer was guided by reinforcement learning agents that were to optimize for fixing anomalies to get a final property. They did this in ways that humans never thought to do it. While that is not exactly nano, the same idea would apply.

Can you discuss how nanotechnology and humans can augment each other?

This is the first time when humans with great dexterity and the ability to bridge many different concepts at any given moment can work with the incredibly fast capability of an Artificial Intelligence. This can be done by continually updating our goals that we would like AI to optimize for. It is a way for us to provide guidance while watching the outcome of that AI. We don’t always know what strategy and tactics the AI will take, but we know the outcome that we would like for it to achieve. This is especially important in nanotechnology where many of our instincts are not in line with the way the physics works. Luckily, an AI does not have the problem of these instincts and can instead react to the situation at hand and learn in ways that we are just not capable of. In essence, we are teaching an AI by giving it a lot of chances to learn on its own without our biases and an in return is teaching us what is possible.

Nanotronics has partnered with a number of genome sequencing companies in order to assist with reducing the costs of genomic sequencing. Could you discuss some of these partnerships?

While I can’t discuss the details of what we do for our customers in genome sequencing, I can say that our goal and where we have seen some success, is to use unique lighting modalities and AI for improving yields. Better yields can be tied very much to the price of a sequence. If you do this,   it eventually leads to a faster development of vaccines and other therapeutics and also to extremely inexpensive genome sequencing that could lead to a $100 genome. My personal goal, as it is for many others, is to see personalized medicine become a reality as soon as possible.

What are some ways that nanotechnology can increase yield while reducing waste?

Nanotechnology has to be associated with the reduction of waste, or it is not truly nanotechnology in my view. We will say that nanotechnology and atomically precise manufacturing are synonymous, therefore the feed stock of what you manufacture should involve no waste at all. We think that this is possible if you think of what has been accomplished by using reinforcement learning for other manufacturing techniques that we do.

Thank you for the great interview, readers who wish to learn more should visit Nanotronics.