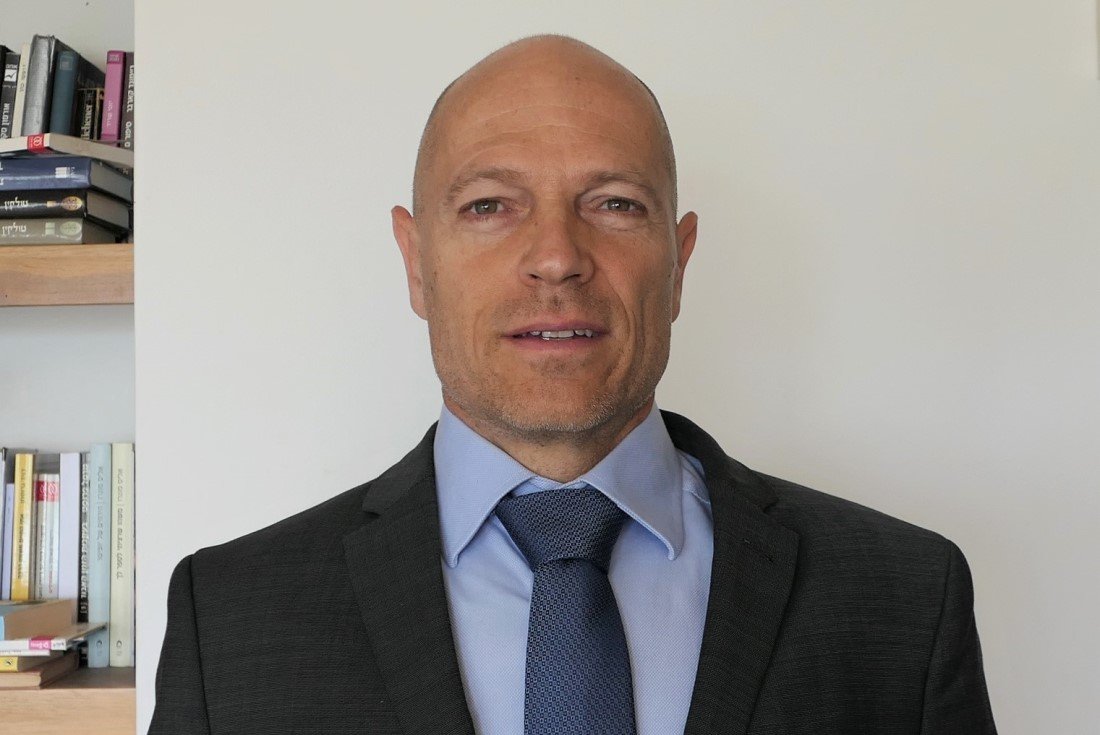 Avishay Bransky, Ph.D., CEO and co-founder of PixCell, is an expert in microfluidics, with extensive industrial experience in applied physics, software and systems engineering. He is one of the inventors of the Viscoelastic Focusing technique, cell analysis methods and the microfluidic based cartridge. Dr. Bransky holds a B.A. in Physics, B.Sc. in Materials Engineering, and a Ph.D. in Biomedical Engineering, all from the Technion Israel Institute of Technology.

PixCell Medical has an interesting origin story, can you explain how the company was started after accidentally discovering a unique physical phenomenon: Viscoelastic Focusing (VEF)?

While completing my PhD at the Technion – Israel Institute of Technology, a colleague and myself were researching microfluidic devices in which we flowed blood cells that were suspended in various solutions. We inspected the cells through a microscope as they were flowing, and as expected, the cells were evenly dispersed across the microchannel (part of the microfluidic device). During our research, we experimented with a unique solution that is typically used in the mining industry. When we looked through the microscope, we couldn’t see any cells. We repeated this multiple times, and still could not see any cells! Upon further investigation, we realized that all the cells were focused in a single plane, and our microscope wasn’t focused on that plane of cells. The focusing effect we discovered was extremely strong, unlike any we’d ever seen, in which all the cells were perfectly aligned in a single plane within tens of nanometers apart. This was our breakthrough in discovering viscoelastic focusing (VEF).

We approached a professor at the Technion who devised a theory that supported this discovery. Based on this research, we published a paper on VEF in one of the most prestigious physics journals – Physical Review Letters.

I realized quickly that VEF could be very useful in applications where cells are counted or analyzed. These methods all require focusing of cells because the closer the cell is to the position you expect it to be, the more accurate the analysis. The sharp focusing attained by VEF facilitates highly accurate measurements as well as image-based analysis of cells’ characteristics. An added benefit is that VEF requires much less reagents than standard cell counters do, making it cost effective and easy to use. This was the starting point when we began developing the HemoScreen hematology analyzer, which was designed around VEF as well as other patented technologies.

The HemoScreen™ makes blood testing simple, can you explain the skills needed to run the blood tests and what the process is?

The HemoScreen is small, sturdy and simple to use, and it doesn’t require any technical skill to set-up or operate. Moreover, it does not require maintenance or calibration. Due to this, anyone can quickly learn how to use it by just reading the quick guide, from nurses and caregivers, to the patient themselves.

This process eliminates operator or user-related procedural errors that may compromise the test result quality due to the pre-analytical steps of the sample preparation. Delivering accurate readings of 20 standard blood count parameters in a safe, easy and simple point-of-care solution saves patients, clinicians and health systems significant time and costs.

In the US, the HemoScreen is cleared for point-of-care (POC) use with a CLIA moderately-complex rating. 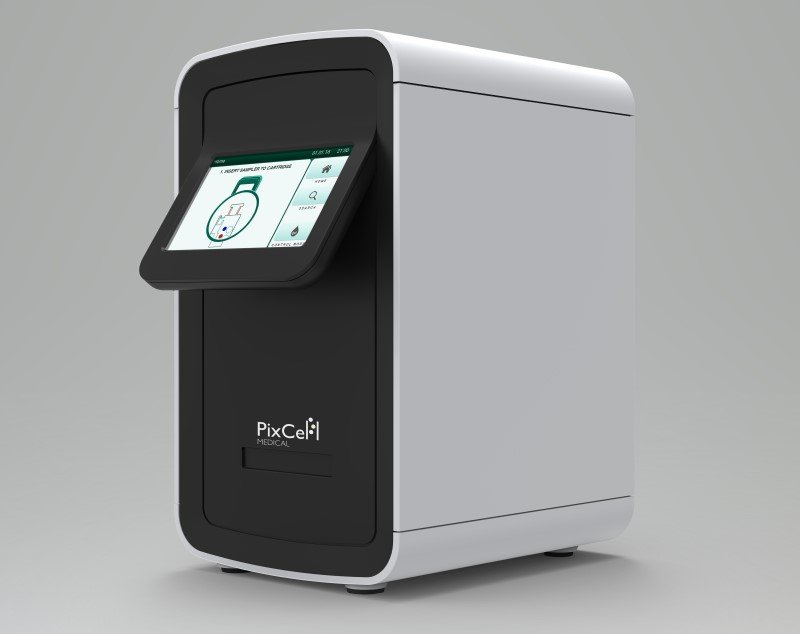 What are some of the diseases that HemoScreen™ detects?

The HemoScreen performs the most common blood test, the complete blood count (CBC), which provides healthcare professionals with an overall picture of a person’s health. Additionally, it provides comprehensive abnormal cell flagging which can serve as biomarkers for different pathologies. Abnormal cell identification is so important yet is not available at the point-of-care or often even in large, centralized labs.

When it comes to identifying diseases such as lymphoma, certain types of leukemia and severe inflammation, premature blood cells are released from the bone marrow before reaching their mature state. The ability to flag such immature cells in a patient’s blood is a very important finding and can only be discovered with the highest quality instruments. Oftentimes, these instruments can’t detect all immature cells, resulting in the need to do a blood smear and look at the sample under a microscope. There are fewer and fewer pathologists with the expertise to do this.

This is where the HemoScreen comes in. Our AI-driven image analysis can, based on thousands of samples from different pathologies, identify the cells and give an accurate finding, representing a huge transformation in rapid blood analysis. Using this technology, patients can be told immediately whether they should go to the hospital and perform more specific tests to zero in on a pathology significantly earlier than with current testing methods.

Other disorders that can be identified through the HemoScreen’s CBC include chronic lymphomas (CLL), infection, severe anemia and internal bleeding. The addition of abnormal cells is a strong indicator that the patient has a severe issue that needs to be further analyzed and assessed. Instead of diagnosing specific diseases, the HemoScreen’s test gives a general overview of the patient’s health and helps in early detection of severe pathologies. Furthermore, it aids the physician in determining whether to prescribe antibiotics or not, which is becoming more important with the increasing issue of antibiotic microbial resistance.

The HemoScreen™ can also detect abnormal blood cells which may indicate potential cancerous cells. Can you elaborate on how this product can be used to detect cancer early?

Blood cells develop in the bone marrow that gradually evolve until they are released into the blood stream as one of the major 7 types of cells. These mature cells are counted as part of the standard Complete Blood Count (CBC) test as their concentration in the blood serves for diagnosing various conditions such as infection and anaemia. However, occasionally immature cells, that have not yet developed into their mature state, are prematurely released from the bone marrow into the peripheral blood stream. These cells are referred to as abnormal cells and may be indicative of a serious health disorder.

The HemoScreen analysis method is based on digital imaging of flowing cells which may be perceived as a “flowing blood smear.” It extracts hundreds of features from each cell as opposed to the 3-4 signals obtained by standard analyzers in centralized labs. This allows the technology to accurately differentiate between all types of cells, including those that are abnormal.

The FDA-cleared version of the HemoScreen specifies the 5 types of normal white cells and accurately flags for abnormal cells. However, PixCell has recently come up with a newer version that measures and outputs the counts of abnormal cells – this signifies a breakthrough in hematological diagnostics as physicians would be able to detect different types of cancers at an earlier stage at primary care and not miss these critical cases that require immediate intervention.

The HemoScreen can count immature granulocytes, nucleated RBC and blast cells, which are extremely important to detect, even at very low numbers, as they may indicate myelomas, leukemias, lymphomas and chronic blood disorders that require immediate intervention.

Sepsis is a global health problem. To combat sepsis, we require better diagnostic tools, more rapid testing and more specific assays. If the testing is not specific, it can’t differentiate between sepsis and other conditions that appear similar.

PixCell Medical is tackling this challenge by providing highly accessible testing for specific biomarkers that are related to bacterial infections. Some are already available with the 5-part differential CBC, such as the absolute neutrophil count (ANC) and white blood cell (WBC) count, while others are still under development.

PixCell is also adding a recently discovered biomarker: monocyte distribution width (MDW) to the CBC test. The MDW has been shown effective for sepsis detection during the initial emergency department encounter. In tandem with WBC, MDW is further predicted to enhance medical decision making during early sepsis management in the emergency department. Immature granulocytes, mentioned above, has also been shown to be a good early marker for sepsis. In addition, PixCell is developing further assays for inflammation markers such at C-reactive protein (CRP) and procalcitonin (PCT) that are extensively used in managing sepsis treatment.

The combination of these markers offers a much more specific indication of the source of the infection and the course of the disease. Furthermore, making these advanced assays accessible and providing results in real-time would lead to significantly improved clinical outcome for septic patients.

How is artificial intelligence used in the HemoScreen™ for both disease and cancer detection?

The HemoScreen combines viscoelastic focusing technology (VEF) with patented artificial intelligence (AI) technology and machine vision to rapidly analyze a blood sample. VEF causes the cells to focus into a single layer plane as they flow, facilitating their optical analysis. Our machine vision technology then captures thousands of images of tens of thousands of cells, in real-time, perfectly focused as they flow. Our AI algorithms then analyze these images on the fly. Using image processing, algorithms and machine vision, the technology identifies the cells and then classifies them into different types.

Using machine learning algorithms that are trained by human experts based on many different blood samples and pathologies, it can identify and classify different sub-types of cells that sometimes differ in nuances from different patients and pathologies. This is all done based on the cells’ morphologies, shapes, nucleus shape, color, and other cell properties. Altogether, our AI technology utilizes hundreds of different features of each cell to be able to determine which type of cell it is, rapidly.

How important is decentralized diagnostic testing when it comes to successfully diagnosing cancer and other infectious diseases early?

Decentralized diagnostic testing is vital when it comes to successfully diagnosing cancer and other infectious diseases early. Current technologies being used in centralized labs for this purpose use laser scattering or electric impedance, which allow for analysis of very few properties of the cell, usually only about three or four in comparison with the hundreds our technology can analyze in a point-of-care setting.

In addition, the process of successfully diagnosing cancer and other infectious diseases is usually done via a long and tedious testing process. Blood samples are taken from the patient after their doctor’s referral, sent to a centralized lab to be tested, and then patients can wait days, even weeks, to receive their results. Decentralized diagnostics gives physicians the opportunity to test their patients then and there, in their own office, without any technical assistance necessary. And the most important part? Results are received within six minutes, and the physician can refer their patient directly to the next necessary step in their diagnosis.

PixCell Medical are proud to have created a solution for a simple CBC test that has been sought for several decades. This is the first time that a miniature, easy-to-use instrument can provide such accurate results that are readily available and accessible to those who need it most.

Thank you for the interview and for letting us know about the amazing work that is happening at PixCell Medical.