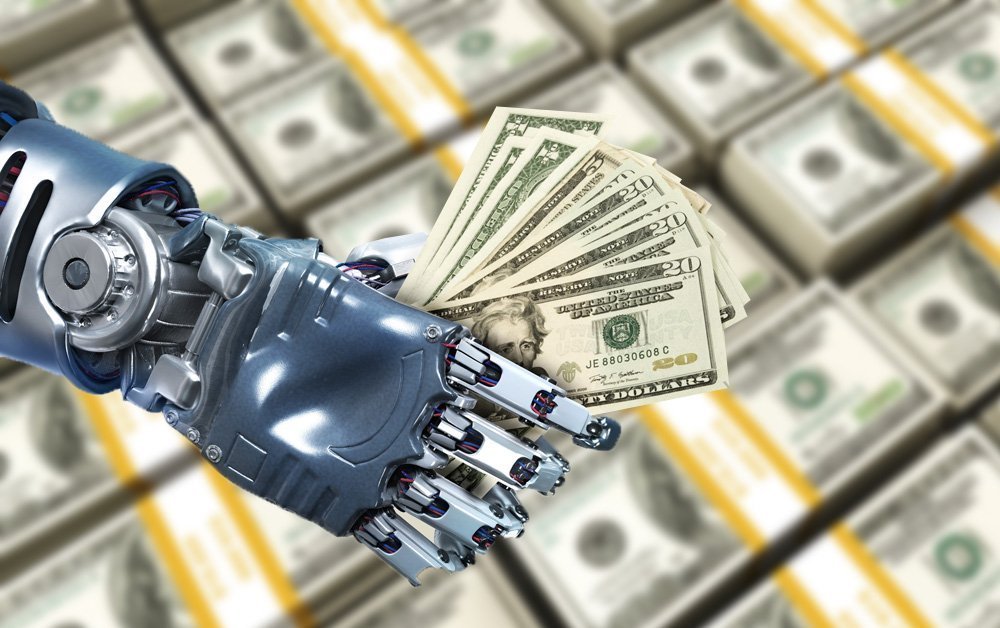 A new working paper from the US National Bureau Of Economic Research has found that the increased use of sophisticated automated pricing algorithms is likelier to lead to higher prices across the board for consumers, without exposing any of the benefiting companies to accusations of price fixing.

The research contends that retailers that update their prices most frequently, based on the scraped data of their competitors, consistently offer the lowest prices, but that once their rivals update to similarly powerful systems, the default behavior of the algorithmic market will push prices up – and that, effectively, it is only the ‘older’ and less effective price-matching technologies that are holding this movement back, for the moment.

The report further suggests that state or federal intervention might theoretically be necessary in order to prevent companies from feeding frequent competitor price information into their own pricing algorithms, in favor of more generalized and less frequently updated information. However, it concedes that such a system would be difficult to legislate, maintain and enforce.

Though the methods by which major retailers develop pricing patterns are usually not disclosed, the NBER researchers were able to identify algorithmic pricing frameworks by studying how quickly competitors in a discrete market respond to each other’s pricing changes. The researchers observe that this phenomena is ‘inconsistent with the standard empirical model of simultaneous price-setting behavior’.

The findings suggest that the asymmetry of technology deployment used by companies in any particular sector can lead to reliably higher prices across vendors:

‘[A]symmetry in pricing technology can fundamentally shift equilibrium behavior: if one ﬁrm adopts superior technology, both ﬁrms can obtain higher prices. If both ﬁrms adopt high-frequency algorithms, collusive prices can be supported without the use of traditional collusive strategies.’

This effectively allows cartel-style pricing and tacit collusion without any explicit or indictable cooperation between rival companies, benefiting the market segment (or the retail sector in general) to the detriment of the consumer.

The researchers modeled ‘supracompetitive’ pricing strategies, where retailers theoretically have equal access to changes in competitor prices, and found that even ‘fully collusive’ prices can be supported by algorithms that target rivals’ prices.

Left, an analysis of a duopoly where one retailer has a faster and more frequent updating algorithm than the other. Right, an analysis of price apogee where retailers have equivalent, high-frequency pricing algorithms derived from pricing scraped from the other’s data. Higher prices are the result.  Source: https://www.nber.org/system/files/working_papers/w28860/w28860.pdf

‘In this way, algorithms fundamentally change the pricing game, providing a means to increase prices without resorting to collusive behavior.’

Prior investigations into algorithmic collusion have operated under the assumption that companies have symmetric and equal price-setting mechanisms. The report’s revelation of ‘super analytical’ high frequency systems on the part of some retailers upsets this assumption, opening the path for an active upward effect on retail prices as competitors’ analytical resources level up.

The researchers generated a database of hourly prices for openly available allergy drugs from the biggest five online US retailers that sell that category of medicine, though they emphasize that the (anonymized) outlets studied not only sell a far wider range of medicines, but a wider range of types of product.

Due to the way that bricks-and-mortar outlets will affect overhead and pricing in walk-in stores (and given the massive rise in online buying over the last eighteen months), the database utilizes only online prices, which in most cases are easier to revise ad hoc. The data was collected over one and a half years between April 2018 and October 2020, with the final cleaned dataset containing 3,606,956 data points on pricing, covering seven brands of allergy drugs – 59 products in total.

The researchers found evidence of very different approaches to pricing technology, and highly variant frequencies in reactive price changes, based on fluctuations in competitors’ prices. One of the outlets appears to alter prices multiple times within an hour, while others seem to have adopted a script-driven strategy, where price changes are made at the same time each day (or at a longer interval).

The upshot of this analysis is that any fairness still present in the system is provided by the less technologically advanced retailers, which change their prices less frequently, and which represent a ‘downward drag’ on average pricing. According to the report, factors that can contribute to this include technical debt on the part of retailers with older systems, and the prospective difficulty of updating stock inventory systems to accommodate a more reactive and higher-frequency pricing policy.

Variations in re-pricing frequency among the retailers studied. Company ‘A’ seems to have the fastest response time and most intense turnover for scraped data about competitor prices.

In effect, it’s the ‘old’ technology that seems to be keeping prices relatively stable.

Projecting forward, it’s easy to understand how newer and better-equipped players in the algorithmic pricing retail space could begin to discount and degrade the influence of the slower ones; or else that when enough of the major players in any one category have matched each other in the pricing ‘arms race’, the price escalation predicted by the NBER report can take effect.

The researchers conclude that the ‘frictionless commerce’ originally intended to operate as a restraining effect on prices between competitor firms at the outset of the ecommerce revolution is directly threatened by the enabling technologies.

They conclude that remedies are challenging: policymakers would need to limit the ability of firms to scrape the price data of rivals, or else to evaluate a broader and longer-term shift in rival prices, similar to the way that Google’s FLOC framework is seeking to address public umbrage against personalized tracking by inaugurating a more generalized and less granular monitoring system.

Since such measures don’t fit easily into existing antitrust and regulatory frameworks, the paper concedes that they are not only difficult to enforce, but also quite difficult to parametrize and frame.

The researchers also posit the possibility of mandating alternate price-evaluation systems that do not regard competitive equilibrium (which favors the consumer above the vendor) as ‘punishment’; however, in terms of legislative trends (and notwithstanding inevitable difficulties in formulating and deploying such systems), this approach could face popular and legal challenges.

Related Topics:AlgorithmseconomicseconomyMachine learning algorithms
Up Next