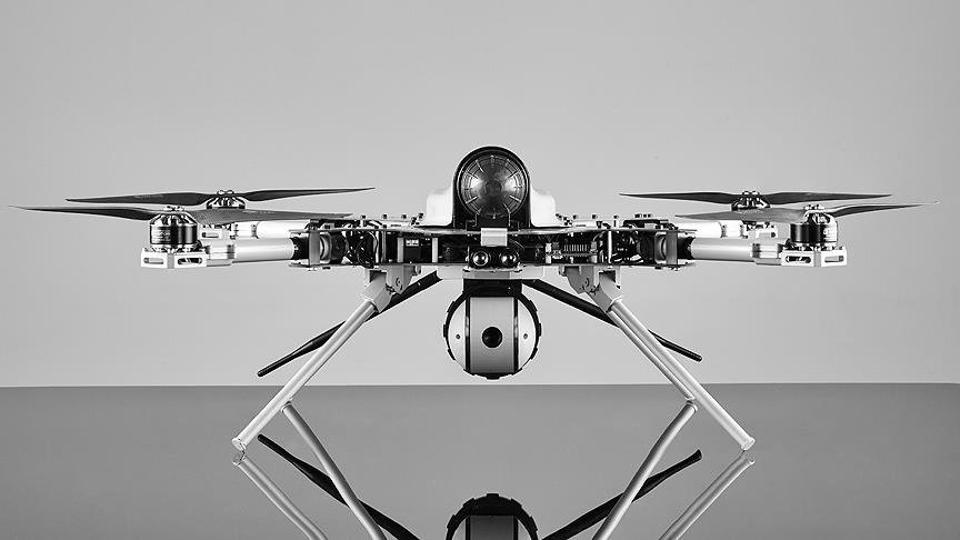 Turkey’s defense sector is further embracing artificial intelligence (AI) technology with various new developments. Multiple state-run news agencies have been detailing AI strategies, including Turkish Aerospace Industries (TAI) and its focus on AI in all of its platforms. TAI is the leading aerial platform developer in Turkey.

According to a 2018 report, “Turkish political-military decision-makers’ understanding of, and the defense industries elites’ understanding of, and the defense industries’ approaches to drones firmly sees the unmanned military systems and robotic warfare as something more than ‘simply’ military modernization portfolio, an opportunity of pioneering the next geopolitical breakthrough.”

The report goes on to say that this “techno-scientific revolution and the next military paradigm” is not just limited to remote-controlled unmanned systems, but the major focus for future wars will be on artificial intelligence, autonomy and advanced robotic warfare.

Güven Orkun Tanik is the general manager for AI and machine learning at TAI.

“The examples of the AI systems will be more common in the near future,” he said regarding the U.S. government’s recent exercises putting a human pilot up against AI. “This technology, which contributes to human abilities, provides opportunities in every field of aviation and the defense industry, from the production process to platforms.”

According to Tanik, Turkey is working on similar systems.

“These systems include technologies that have various usage areas, from task planning and pilot training in flight simulations to automation of some platforms for engagements and tasks,” he said. “These will pave the way for autonomous fighter jets.”

Back in June, one of the Turkish news agencies Adolu, reported that the military would receive 500 autonomous “kamikaze” drones. It was the first time that the Turkish defense contractor STM revealed the technology.

There are various different models of the drones including the Togan, Alpagu and Kargu.

The Kargu model is equipped with advanced machine vision capabilities and biometric facial recognition, and it can be used as both a single platform or grouped together in a swarm of up to 20 units. According to STM at the time, the dones and their full swarming capabilities would be able to be utilized by the Turkish Armed Forces within 12 to 18 months. The defense contractor also hopes to pair the Kargu with armored land vehicles and autonomous land systems.

There are ongoing talks with Turkish allies about the exportation of the technology.

The Kargu drones have already been deployed at the Syrian border for military operations, and they have demonstrated an ability to destroy an entire brigade or warship. With facial-recognition, they can also single out human targets.

A 2019 PAX report warned about the negative effects of AI-driven military weapons and defense contractors.

“These companies are on a slippery slope to an all-out AI arms race,” according to Frank Slijper, author of the report that surveyed 50 arms producers. “Publicly, arms companies claim they will never develop weapons that can operate without human control on lethal action, but they are developing that very technology with no safeguards that require a human in the loop.”

Turkey and Hungary recently held a joint Turkish-Hungarian Artificial Intelligence (AI) and HIgh-Technology Conference, which is likely concerning for many given the two powers’ authoritarian behaviors.

The conference revealed a working relationship between the two countries within the fields of artificial intelligence, such as data producing and joint projects and products.

According to Turkey’s Industry and Technology Minister Mustafa Varank, “our research institutions can make mutual project invitations to promote work on artificial technologies. We have a huge cooperation potential on EU projects.”

Varank also spoke on how the two countries could potentially share a lot of knowledge and human resources, as well as the new AI strategy the country is set to announce. This new strategy will focus on scientific research, ability development, ethics and digital infrastructure, according to the minister.

The Scientific and Technological Research Council of Turkey (TÜBITAK), which is the nation’s top scientific body, has funded around 2,000 AI projects on deep learning, machine learning, decision support systems and e-commerce over the last 10 years.

The new details coming out of Turkey regarding AI in the defense sector continues a pattern taking place all around the world. With increasingly more nations advancing these types of programs, the world is currently undergoing a major arms race, one which does not receive the appropriate coverage and will undoubtedly have bigger consequences than any of the previous build-ups.