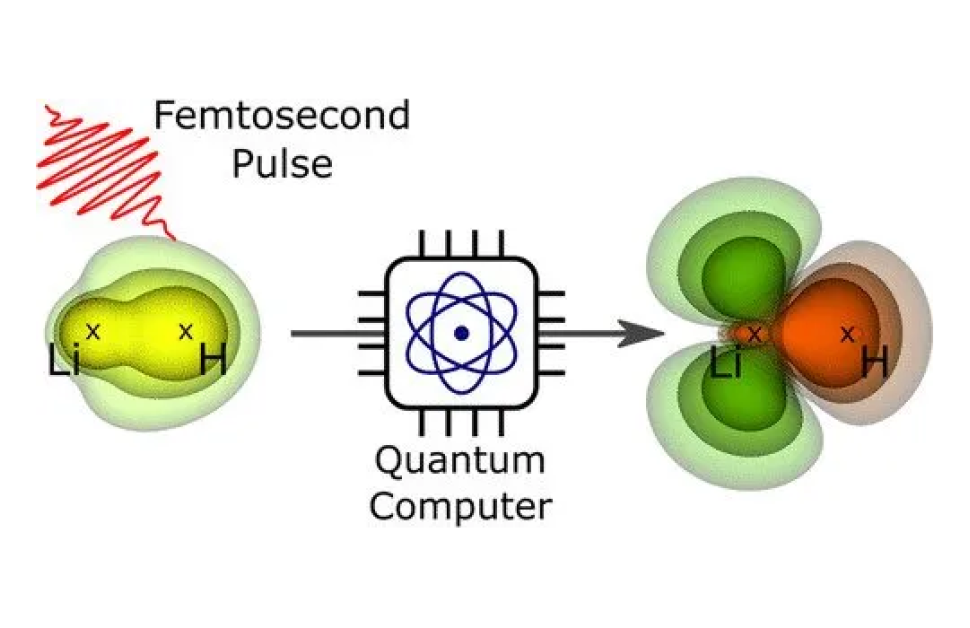 A team at Helmholtz-Zentrum Berlin für Materialien und Energie (HZB) was able to calculate the electron orbitals and their dynamic development on the example of a small molecule after a laser pulse excitation. According to the experts, this method could help investigate larger molecules that cannot be calculated with conventional methods.

The research was published in the Journal of Chemical Theory and Computation.

Annika Bande leads a group on theoretical chemistry at HZB.

“These quantum computer algorithms were originally developed in a completely different context. We used them here for the first time to calculate electron densities of molecules, in particular also their dynamic evolution after excitation by a light pulse,” Bande says.

Fabian Langkabel is part of the group.

The team of scientists limited their study to smaller molecules, which enabled them to perform the calculations without a real quantum computer. They could also compare them with conventional calculations.

“This has to do with the calculation times. They increase with the number of atoms that make up the molecule,” Langkabel continues.

The new study demonstrates how to calculate electron densities and their “response” to excitations with light in advance. It also uses very high spatial and temporal resolutions.

The method makes it possible to simulate and understand ultrafast decay processes, which are important for quantum computers consisting of “quantum dots.” It also makes it possible to make predictions about the physical or chemical behavior of molecules, which could take place during the absorption of light and the transfer of electrical charges.

All of this helps facilitate the development of photocatalysts for the production of green hydrogen with sunlight, and it provides better insight into the processes in the light-sensitive receptor molecules in the eye.