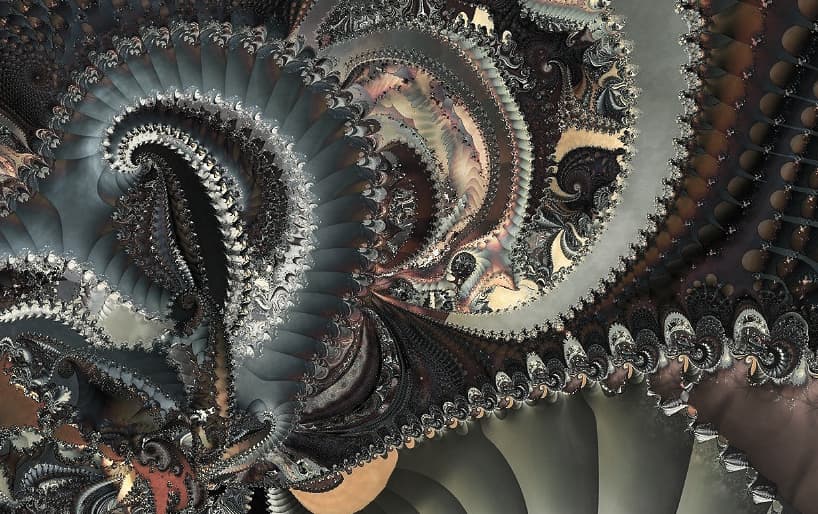 Researchers from the US and China have found that none of the leading Natural Language Processing (NLP) models seem to be capable, by default, of  unraveling English sentences that feature recursive noun phrases (NPs), and ‘struggle’ to individuate the central meaning in closely-related examples such as My favorite new movie and My favorite movie (each of which has a different meaning). 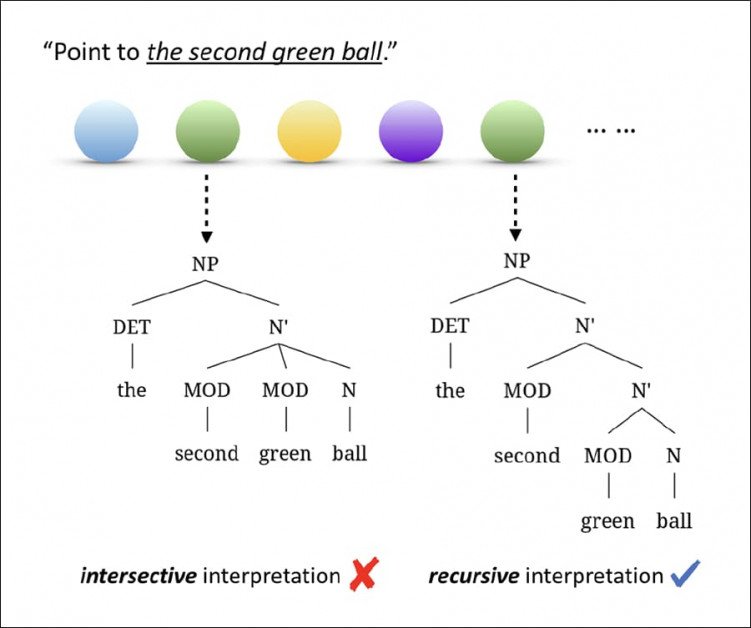 In a headline example from the paper, here is a minor puzzle that children frequently fail to unpick: the second ball is green, but the fifth ball is the ‘second green ball’. Source: https://arxiv.org/pdf/2112.08326.pdf

‘Results show that state-of-the-art (SOTA) LMs fine-tuned on standard benchmarks of the same format all struggle on our dataset, suggesting that the target knowledge is not readily available.’

Minimal-pair examples in the RNPC challenge where the SOTA models made errors.

In the examples above, the models failed, for instance, to distinguish the semantic disparity between a dead dangerous animal (i.e. a predator that poses no threat because it is dead) and a dangerous dead animal (such as a dead squirrel, that may contain a harmful virus, and is a currently active threat).

(Additionally, though the paper does not touch on it, ‘dead’ is also frequently used as an adverb, which addresses neither case)

However, the researchers also found that additional or supplementary training that includes RNPC material can resolve the issue:

‘Pre-trained language models with SOTA performance on NLU benchmarks have poor mastery of this knowledge, but can still learn it when exposed to small amounts of data from RNPC.’

The researchers argue that a language model’s ability to navigate recursive structures of this type is essential for downstream tasks such as language analysis, translation, and make a special case for its importance in harm detection routines:

‘[We] consider the scenario where a user interacts with a task-oriented agent like Siri or Alexa, and the agent needs to determine whether the involved activity in the user query is potentially harmful [i.e. to minors]. We choose this task because many false positives come from recursive NPs.

The paper is titled Is “my favorite new movie” my favorite movie? Probing the Understanding of Recursive Noun Phrases, and comes from five researchers at the University of Pennsylvania and one at Peking University.

Though prior work has studied syntactic structure of recursive NPs and the semantic categorization of modifiers, neither of these approaches is sufficient, according to the researchers, to address the challenge.

Therefore, based on the use of recursive noun phrases with two modifiers, the researchers have sought to establish whether the prerequisite knowledge exists in SOTA NLP systems (it doesn’t); whether it can be taught to them (it can); what NLP systems can learn from recursive NPs; and in what ways such knowledge can benefit downstream applications.

The dataset the researchers used was created in four stages. First was the construction of a modifier lexicon containing 689 examples drawn from prior literature and novel work.

Next the researchers gathered recursive NPs from literature, existing corpora, and additions of their own invention. Textual resources included the Penn Treebank, and the Annotated Gigaword corpus.

Then the team hired pre-screened college students to create examples for the three tasks that the language models would face, validating them afterwards into 8,260 valid instances.

Finally, more pre-screened college students were hired, this time via Amazon Mechanical Turk, to annotate each instance as a Human Intelligence Task (HIT), deciding disputes on a majority basis. This whittled the instances down to 4,567 examples, which were further filtered down to 3,790 more balanced instances.

The researchers adapted various existing datasets to formulate the three sections of their testing hypotheses, including MNLI, SNLI, MPE and ADEPT, training all the SOTA models themselves, with the exception of the HuggingFace model, where a checkpoint was used.

The researchers found that all models ‘struggle’ on RNPC tasks, versus a reliable 90%+ accuracy score for humans, with the SOTA models performing at ‘chance’ levels (i.e. without any evidence of innate ability versus random chance in response).

Results from the researchers’ tests. Here the language models are tested against their accuracy on an existing benchmark, with the central line representing equivalent human performance in the tasks.

Secondary lines of investigation indicate that these deficiencies can be compensated for at the training or fine-tuning phase of an NLP model’s pipeline by specifically including knowledge of recursive noun phrases. Once this supplementary training was undertaken, the models achieved ‘strong zero-shot performance on an extrinsic Harm Detection [tasks]’.

The researchers promise to release the code for this work at https://github.com/veronica320/Recursive-NPs.


* GPT-3 Ada, which is the fastest but not the best of the series. However, the larger ‘showcase’ Davinci model is not available for the fine-tuning that comprises the later phrase of the researchers’ experiments.

† My conversion of inline citations to hyperlinks.