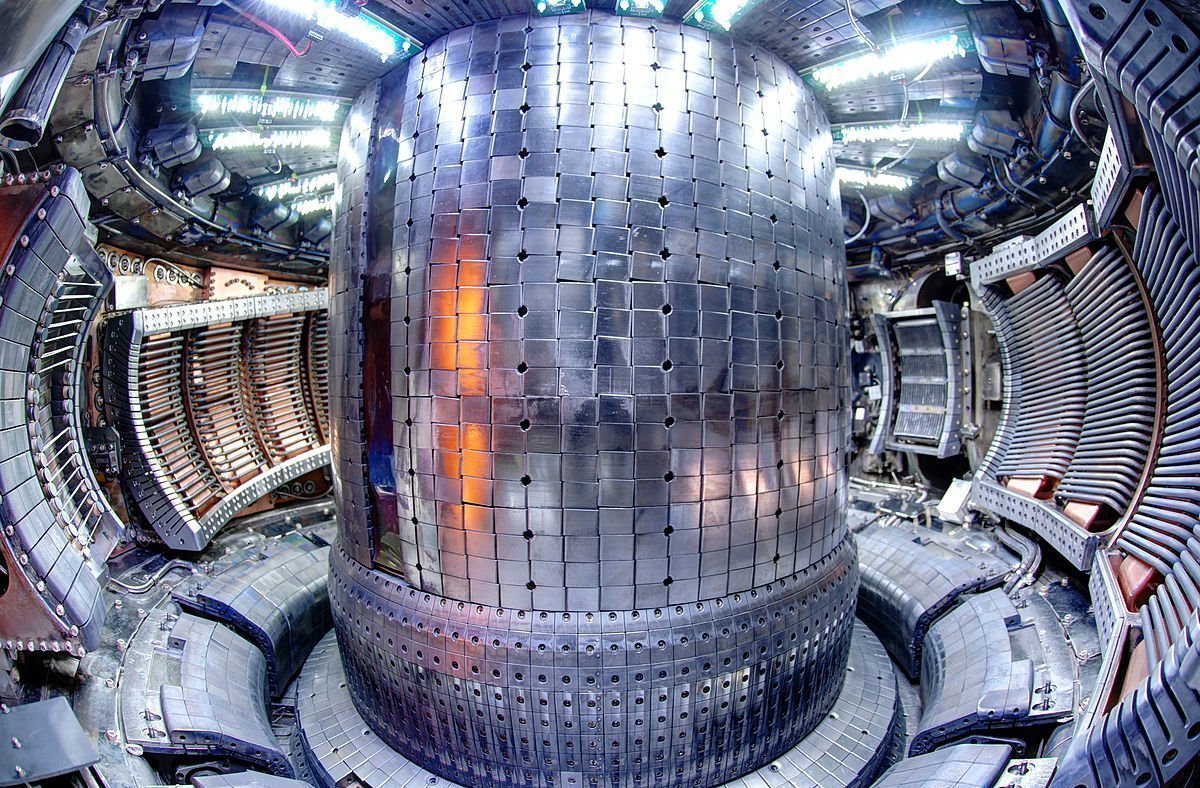 Unlike nuclear fission, which involves splitting atoms apart,  the energy created by fusion reactions releases energy through the creation of plasma. Hydrogen atoms are superheated to create a plasma cloud and this cloud releases energy as the particles within it smash into one another and fuse together.  This process is chaotic, and if scientists can better control the fusion process, it could lead to substantial increases in the amount of usable energy created by nuclear fusion reactors.

Researchers who work on solving this problem need to run complex simulations regarding how the chamber walls of a nuclear reactor interact with the plasma cloud.

According to Aidan Thompson, machine learning algorithms made cracking an extraordinarily complex problem possible. Thompson and other researchers have been tasked by the Department of Energy Office of Science to determine how machine learning might improve the energy output of nuclear fusion reactors.  Until now, it wasn’t feasible to carry out atomic-scale simulations of these interactions. Thanks to machine learning, the many small changes in the plasma that occur when it strikes the retaining walls of the reactor can now be modeled.

Machine learning algorithms excel at finding patterns within data, learning the various features that define an object.  Because machine learning algorithms can apply patterns they have seen before to classify unseen events, they were useful for eliminating much of the trial and error involved in optimizing the fusion process. Thompson explained that when plasma is created inside of a fusion chamber, the walls of the reactor are constantly hit with particles of elements like helium, hydrogen, and deuterium, as these elements comprise a plasma cloud. When the plasma hits the retaining walls of the reactor, it alters the walls in small butt potentially critical ways. The composition of the walls themselves alters the plasma cloud in turn. This cycle of reactions occurs at approximately the same temperatures as those found on the Sun, and they last just nanoseconds. Optimizing this process involves a painstaking process of modifying components of the reactor walls and then directly measuring how outcomes changed.

Thompson and other researchers set out to experiment with large data sets comprised of quantum mechanics calculations, training a model that could predict the energy of various atom configurations.  The result was the machine learning interatomic potential (MLIAP).  The algorithms can be used to examine interactions between a relatively small number of atoms, scaling up the model to the millions required to mimic interactions between components of the fusion process. According to Thompson, the models that the research team designed required thousands of parameters in order to be useful simulations.

In order for the model to remain useful, there must be a significant overlap between the environments that manifest in fusion and the training data. There is a wide range of possible fusion environments, so the researchers will have to constantly capture data and make alterations to the model. Thomas explained via Phys.org:

The algorithms aren’t ready for use by actual nuclear fusion researchers just yet. However, Thompson and his research team are the first group of researchers to attempt to apply machine learning to the plasma-wall problem. The team hopes that was in a few years, the models will be being used to engineer better fusion reactors.

Intel powers the first satellite with AI on board