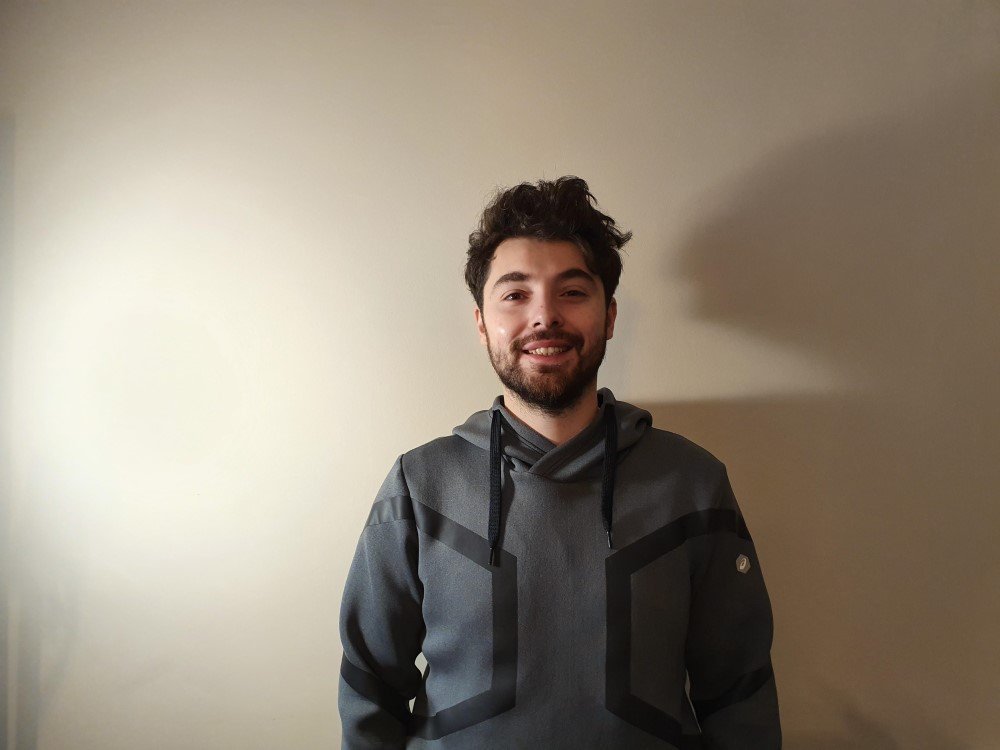 Deniz Kalaslioglu is the Co-Founder & CTO of Soar Robotics a cloud-connected Robotic Intelligence platform for drones.

You have over 7 years of experience in operating AI-back autonomous drones. Could you share with us some of the highlights throughout your career?

Back in 2012, drones were mostly perceived as military tools by the majority. On the other hand, the improvements in mobile processors, sensors and battery technology had already started creating opportunities for consumer drones to become mainstream. A handful of companies were trying to make this happen, and it became obvious to me that if correct research and development steps were taken, these toys could soon become irreplaceable tools that help many industries thrive.

I participated exclusively in R&D teams throughout my career, in automotive and RF design. I founded a drone service provider startup in 2013, where I had the chance to observe many of the shortcomings of human-operated drones, as well as their potential benefits for industries. I’ve led two research efforts in a timespan of 1.5 years, where we addressed the problem of autonomous outdoor and indoor flight.

Precision landing and autonomous charging was another issue that I have tackled later on. Solving these issues meant fully-autonomous operation with minimal human intervention throughout the operation cycle. At the time, solving the problem of fully-autonomous operation was huge and it enabled us to create intelligent systems that don’t need any human operator to execute flights; which resulted in safer, cost-effective and efficient flights. The “AI” part came into play later on in 2015, where deep learning algorithms could be effectively used to solve problems that were previously solved through classical computer vision and/or learning methods. We leveraged robotics to enable fully-autonomous flights and deep learning to transform raw data into actionable intelligence.

What inspired you to launch Soar Robotics?

Drones lack sufficient autonomy and intelligence features to become the next revolutionary tools for humans. They become inefficient and primitive tools in the hands of a human operator, both in terms of flight and post-operation data handling. Besides, these robots have very little access to real-time and long-term robotic intelligence that they can consume to become smarter.

As a result of my experience in this field, I have come to an understanding that the current commercial robotics paradigm is inefficient which is limiting the growth of many industries. I co-founded Soar Robotics to tackle some very difficult engineering challenges to make intelligent aerial operations a reality, which in turn will provide high-quality and cost-efficient solutions for many industries.

Soar Robotics provides a fully autonomous cloud connected robotics intelligence platform for drones. What are the types of applications that are best served by these drones?

Our cloud-connected robotics intelligence platform is designed as a modular system that can serve almost any application by utilizing the specific functionalities implemented within the cloud. Some industries such as security, solar energy, construction, and agriculture are currently in immediate need of this technology.

These are the main applications with the highest beneficial impact that we focus on.

For a farmer who wishes to use this technology, what are some of use cases that will benefit them versus traditional human-operated drones?

As with all our applications, we also provide end-to-end service for precision agriculture. Currently, the drone workflow in almost any industry is as follows:

It is crucial to point out that this workflow is proven to be very inefficient, especially in sectors such as solar energy, agriculture and construction where collecting periodic and objective aerial data for vast lands is essential. A farmer who uses our technology is able to get measurable, actionable and accurate insights on:

Without having to go through all the hassle mentioned above, without even clicking a button every time. I firmly believe that enabling drones with autonomous features and cloud intelligence will provide considerable savings in terms of time, labor and money.

How will the drones be used for solar farm operators?

We handle almost everything that needs counting and measuring in all stages of the solar project. In the pre-construction and planning period, we generate topographic model, hydrologic analysis and obstacle analysis with high geographical precision and accuracy. During the construction period, we generate daily maps and videos of the site. After processing the collected media we measure the progress of the piling structures’, the mounting racks’ and the photovoltaic panels’ installations, position, area and volume measurements of trenches and inverter foundations as well as counting the construction machinery/vehicles and personnel on the site.

When the construction is over, and the solar site is fully operational Soar’s autonomous system continues its daily flights but this time generating thermal maps and videos along with visible spectrum maps and videos. From thermal data, Soar’s algorithms detect cell, multi-cell, diode, string, combiner and inverter level defects. From visible spectrum data, Soar’s algorithms detect shattering, soiling, shadowing, vegetation and missing panels. As a result, Soar’s software generates a detailed report of the detected faults and marks them on the as-built and RGB map of the site down to cell level, as well as showing all detected errors on a table; indicating string, row and module numbers with geolocations. Also clients’ total loss due to the inefficiencies caused by these faults and prioritize each depending on their importance and urgency.

In July 2019 Soar Robotics joined NVIDIA’s Inception Program which is an exclusive program for AI startups. How has this experience influenced you personally and how Soar Robotics is managed?

Throughout the months, this was proven to be an extremely beneficial program for us. We had already been using NVIDIA products both for onboard computation as well as the cloud side. This program has a lot of perks that streamlined our research, development and test processes.

Soar Robotics will be generating recurring revenue with Robotics-as-a-Service (RaaS) model. What is this model exactly and how does it differ from SaaS?

It possesses many similarities with SaaS in terms of its application and effects to our business model. RaaS model is especially critical since hardware is involved; most of our clients don’t want to own the hardware and only interested in the results. Cloud software and the new generations of robotics hardware blend together more and more each day.

This results in some fundamental changes in industrial robotics which used to be about stationary robots with repetitive tasks that didn’t need much of an intelligence. Operating under this mindset we provide our clients’ with robot connectivity and cloud robotics services to augment what their hardware would normally be capable of achieving.

Therefore Robotics-as-a-Service encapsulates all hardware and software tools that we utilize to create domain-specific robots for our clients’ purpose in the form of drones, communications hardware and cloud intelligence.

What are your predictions for drone technology in the coming decade?

Drones have clearly proven their value for enterprises, and the usage will only continue to increase. We have witnessed many businesses trying to integrate drones into their workflows, with only a few of them achieving great ROIs and most of them failing due to the inefficient nature of current commercial drone applications. Since the drone industry hype began to fade, we have seen a rapid consolidation in the market, especially in the last couple of years.  I believe that this was a necessary step for the industry, which opened the path to real productivity and better opportunities for products and services that are actually beneficial for enterprises. The addressable market that the commercial drones will create until 2025 is expected to exceed $100B, which in my opinion is a fairly modest estimation.

We believe that the feasibility and commercialization of autonomous aerial operations mainly depend on solving the problem of aerial vehicle connectivity. For drones to be able to operate Beyond Visual Line of Sight (BVLOS) they need seamless coverage, real-time high throughput data transmission, command and control, identification, and regulation. Although there have been some successful attempts to leverage current mobile networks as a communications method, these networks have many shortcomings and are far from becoming the go-to solution for aerial vehicles.

We have been developing a connectivity hardware and software stack that have the capability of forming ad hoc drone networks. We expect that these networking capabilities will enable seamless, safe and intelligent operations for any type of autonomous aerial vehicle. We are rolling the alpha and beta releases of the hardware in the coming months to test our products with larger user bases under various usage conditions and start forming these ad-hoc networks to serve many industries.

To learn more visit Soar Robotics or to invest in this company visit the Crowdfunding Page on Republic.