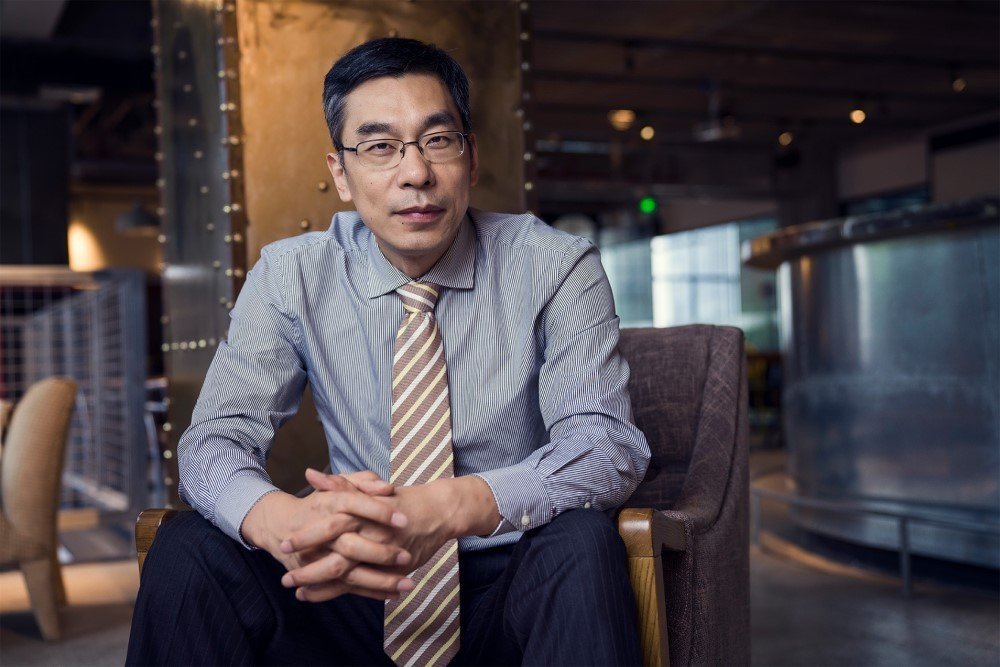 Chadwick Xu, is the Co-Founder & CEO of Shenzhen Valley Ventures, a hardware-focused company for engineers, by engineers. They partner with startups to prototype, design for manufacturing, test, debug, and manufacture their hardware products.

When did you first want to become an entrepreneur?

From day one when I first came to Shenzhen in 1992, and this is the very reason I came to the city. The path I followed is similar to many other young graduates (at that time), working for a corporate to learn, accumulate expertise, and build connections, then they start their own business.

You founded Zowee Technology in 2004 which was officially listed on the Shenzhen Stock Exchange in 2010. Could you give us some details on what Zowee is and the journey you had creating such a successful company?

The founders of Zowee knew each other by doing business, each partner had their own business before Zowee was founded. The idea is that, instead of having many small businesses, it made more sense to combine the small businesses together and build a bigger company, hence Zowee was born.

Zowee was positioned as a contract manufacturer, and it has remained to be so till today. Besides the effort we put into it, I think the major driving power of its success is the overall economic environment. The 1990s and 2000s was the golden era for Chinese to enter into private businesses. China’s opening up policy and the strong global demand created an ideal opportunity.

Shenzhen Valley Ventures (SVV) is your newest venture. What was the inspiration behind this business?

The success of Zowee represents the opportunity of “Made in China”, but in the future, the big opportunity is not in manufacturing, it’s in technology. What Zowee took advantage of was the labor bonus China had, and what SVV is trying to take advantage of is the engineering bonus China now has today. China is still falling behind on research, but China has the most engineering talent (globally). If SVV can put together a mechanism, enabling the best engineering resources to support the advanced research, so that research could be commercialized faster, it will be a mutually beneficial business structure.

Furthermore, China is becoming the largest single market, both in B2C and B2B business, if SVV’s engineering platform could help international deep-tech startups enter the Chinese market more efficiently, that will be another bonus.

What are some of the more interesting companies that are using SVV’s batch manufacturing services?

There are three groups of projects that have been using SVV’s small-batch manufacturing services:

SVV enables companies to use their services to prototype products before full scale production launches. Could you elaborate on why SVV is a good partner for prototyping versus other competitors?

Can you discuss how SVV is using computer vision to guide manufacturing robots towards better assembly?

SVV is not deploying computer vision guided robotics on its own production lines since SVV’s facilities are used only for small-scale production and for less mature products, the products of such products are more efficient with using manual assembly, since robots are more efficient in producing higher volume and mature designed products. However, SVV has been supporting computer vision guided robotic startups throughout their development.

At a recent Web Summit panel, you discussed how robots will soon be taking over manufacturing from humans, due to how precise robots are. How long until humans are completely removed from the assembly process?

It’s difficult to predict a precise point in time, but it may come much faster than most people think, and it will come gradually, the more standardized the assembly process becomes, the earlier it will be replaced by robots, and gradually will get to the level of fully automated processes.

Just as shown in “American Factory”, there will be a longer period to have robots and humans working together, with the trend of more and more humans replaced by robots, if you stay in a factory for a long period, this replacement process is quite visible.

What are your views on the current AI rivalry between the United States and China?

Competition is always good for the economy and technology, and in almost every competition scenario, the output is not like boxing, with the end result as a lose or win, instead, it often ends up as a symbiotic relationship, each party ends up with its own differentiated advantage.

The past several decades has been the history that China gradually catches up from low-end to middle-end innovation, in areas such as, telecommunications, to directly compete with the US, but the US still takes the leading position in most areas. In the 1800’ and 1900’, US and EU worked very hard, just like the Chinese are doing now, but the wealth and technology advantage somehow created a lay back, welfare dependent society. In many cases, China’s catching up serves as a power to push the US and EU out of their comfort zones and drive them to be more innovative to keep the leading position.

I have been reiterating my opinion on jobs being taken by robots, most discussions are highlighting the bad side, taking jobs from people, increasing the joblessness percentage, creating severe social problems. But on the good side, imagine if smarter machines were built, to improve production efficiency unlimitedly high, constantly growing until the machines can produce an abundance of materials for everyone on this planet, that is supposed to be the bright ending for the AI revolution.

We are excited that SVV is a part of this new AI revolution, to help more creative ideas become reality. Drops of water can eventually become flowing rivers, the idea of participating and being witness to this new history is hugely rewarding for us.

Thank you for this great discussion on robotics. To learn more readers may visit Shenzhen Valley Ventures.

SVV's Promotional Video 2020 - From Prototyping To Manufacturing - Time To Get It Made
Related Topics:InterviewmanufacturingRoboticsShenzhen Valley Venturessvv
Up Next