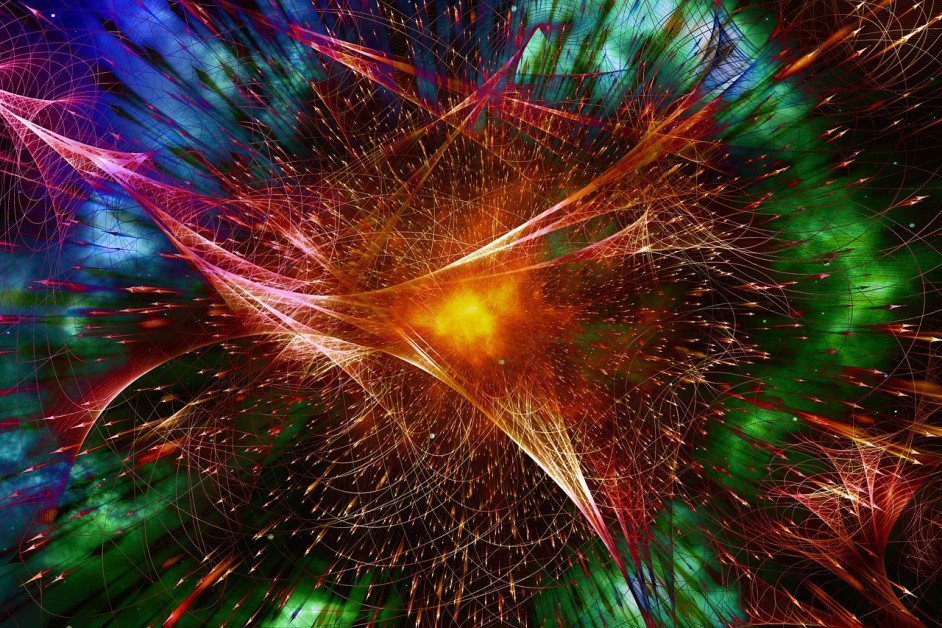 Scientists at the DOE and Lawrence Berkeley National Laboratory had an unexpected finding that could help advance the field of quantum computers and high-temperature superconductors. The team took the clearest picture yet of electronic particles that make up quantum spin liquid (QSL), which is a magnetic state that scientists still don’t know too much about.

The research was published in the journal Nature Physics.

The team was the first to capture such an image of how electrons in a QSL decompose in spinons, or spin-like particles, and chargons, charge-like particles.

“Spinons are like ghost particles. They are like the Big Foot of quantum physics — people say that they’ve seen them, but it’s hard to prove that they exist,” said Mo. “With our method we’ve provided some of the best evidence to date.”

Spinons freely move around while carrying heat and spin in a QSL. However, they have no electrical charge. Researchers have traditionally relied on techniques that look for heat signatures in order to detect spinons.

The team was able to demonstrate how to characterize spinons in QSLs by directly imagining the way they are distributed in a material.

The team began the study by growing single-layer samples of tantalum diselenide three-atoms thick. The material belongs to a class of materials called transition metal dichalcogenides (TMDCs), and this was helpful since the team are experts in molecular beam epitaxy, which is a technique for synthesizing atomically thin TMDC crystals from their constituent elements.

The team then characterized the thin films through a technique that uses X-rays generated at the ASL. This technique is called angle-resolved photoemission spectroscopy.

Another technique called scanning tunneling microscopy (STM) was used by researchers in the Crommie lab to inject the tantalum diselenide TMDC sample with electrons. That team included co-first authors Wei Ruan, a postdoctoral fellow at the time of the research, and Yi Chen, a UC Berkeley graduate student at the time.

The researchers made an unexpected finding after gathering images by scanning tunneling spectroscopy (STS), which is an imaging technique measuring how particles arrange themselves at a particular energy. The team found that a layer of waves with wavelengths larger than one nanometer blanketed the surface of the material.

“The long wavelengths we saw didn’t correspond to any known behavior of the crystal,” Crommie said. “We scratched our heads for a long time. What could cause such long wavelength modulations in the crystal? We ruled out the conventional explanations one by one. Little did we know that this was the signature of spinon ghost particles.”

Reaching out to a theoretical collaborator at MIT, the researchers then found that when an electron is injected into a QSL from the tip of an STM, it breaks apart inside the QSL into two parts. These two parts are spinons and chargons, and it is a result of the way in which spin and charge in a QSL interact with each other. While the spinon particles carry the spin separately, the chargons separately bear the electrical charge.

The STM/STS images demonstrated that the chargons freeze in place and form what scientists call a star-of-David charge-density-wave. At the same time, the spinons have an “out-of-body experience” when they separate from the chargons and move freely through the material.

“This is unusual since in a conventional material, electrons carry both the spin and charge combined into one particle as they move about,” Crommie said. “They don’t usually break apart in this funny way.”

Crommie also says that QSLs could form the basis of robust quantum bits, or qubits, which are the fundamental building blocks of quantum computing. Conventional computing relies on a bit encoding information as zero or one, but qubits can hold both of those values simultaneously. This results in far faster calculations, and by understanding the behavior of spinons and chargons in QSLs, scientists could use this to advance next-gen computing.

The scientists also say that by gaining deeper insight into QSLs, they could act as a precursor to exotic superconductivity, so Crommie will test the prediction at the ALS.

“Part of the beauty of this topic is that all the complex interactions within a QSL somehow combine to form a simple ghost particle that just bounces around inside the crystal,” he said. “Seeing this behavior was pretty surprising, especially since we weren’t even looking for it.”