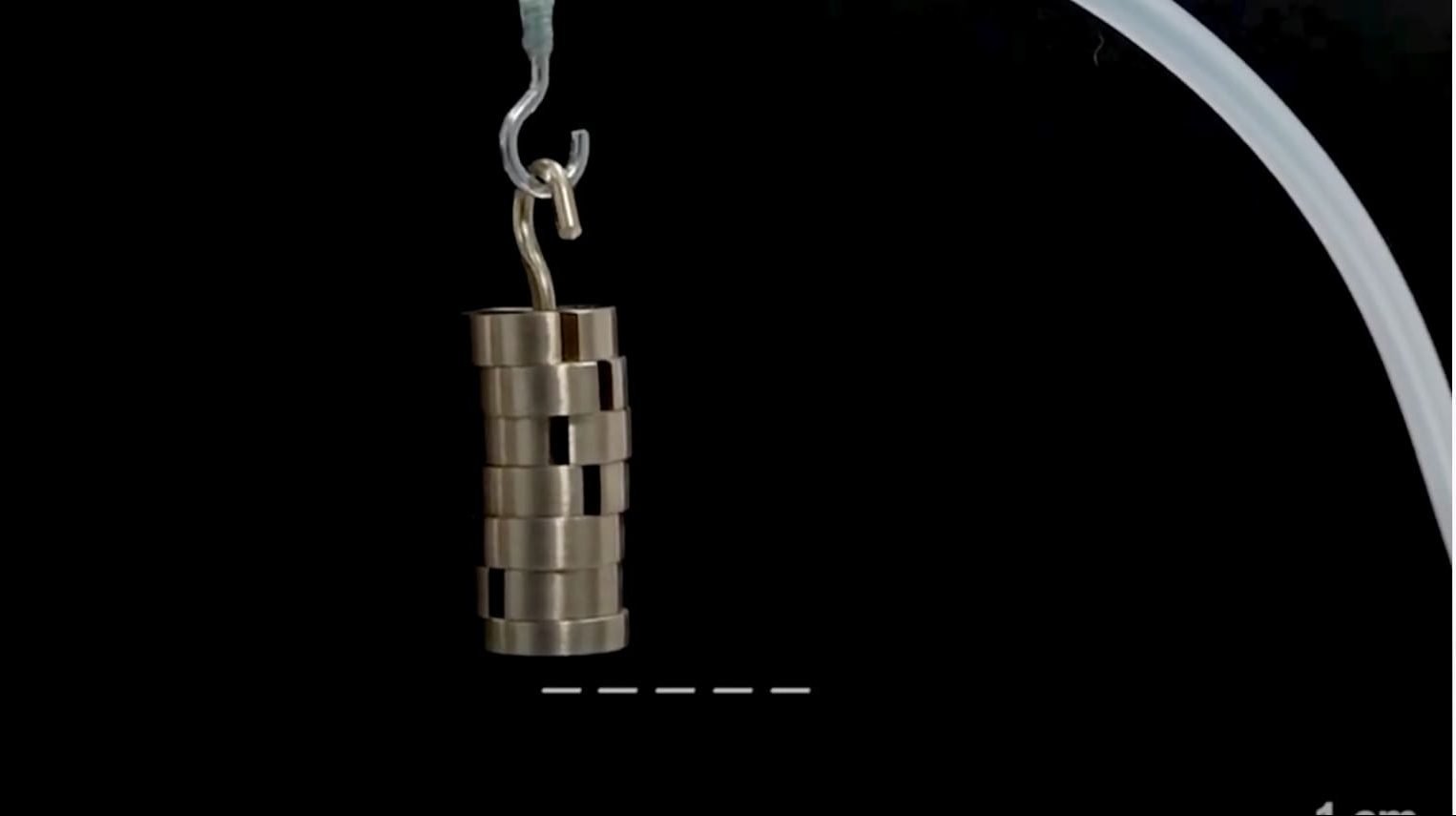 A team of researchers at Penn State University has developed a solution to the wear on soft robotic actuators due to repeated activity: a self-healing, biosynthetic polymer based on squid ring teeth. The material is beneficial to actuators, but it could also be applied anywhere that tiny holes could cause problems, such as hazmat suits.

According to the report in Nature Materials, “Current self-healing materials have shortcomings that limit their practical application, such as low healing strength and long healing times (hours).”

Drawing inspiration from self-healing creatures in nature, the researchers created high-strength synthetic proteins. They are able to self-heal minute and visible damage.

Melik Demirel is a professor of engineering science and mechanics and the holder of the Lloyd and Dorothy Foehr Huch Chair in Biomimetic Materials.

“Our goal is to create self-healing programmable materials with unprecedented control over their physical properties using synthetic biology,” he said.

Some robotic machines, such as robotic arms and prosthetic legs, rely on joints that are constantly moving. This requires a soft material, and the same is true for ventilators and various types of personal protective equipment. These materials, and any that undergo continual repetitive motion, are at risk of developing small tears and cracks, eventually breaking. WIth the use of self-healing material, these tiny tears can be quickly repaired before any serious damage is done.

The team of researchers created the self-healing polymer by using a series of DNA tandem repeats consisting of amino acids produced by gene duplication. Tandem repeats are often a short series of molecules that can repeat themselves an unlimited number of times.

Abdon Pena-Francelsch is lead author of the paper and a former doctoral student in Demirel’s lab.

“We were able to reduce a typical 24-hour healing period to one second so our protein-based soft robots can now repair themselves immediately,” Abdon Pena-Francelsch said. “In nature, self-healing takes a long time. In this sense, our technology outsmarts nature.”

According to Demirel, the self-healing polymer can heal itself with the application of water, heat, and even light.

“If you cut this polymer in half, when it heals it gains back 100 percent of its strength,” Demirel said.

Metin Sitti is direcor of the Physical Intelligence Department at the Max Planck Instiute for Intelligent Systems, Stuttgart, Germany.

“Self-repairing physically intelligent soft materials are essential for building robust and fault-tolerant soft robots and actuators in the near future,” Sitti said.

The team was able to create the rapidly-healing soft polymer by adjusting the number of tandem repeats. It is able to retain its original strength, and at the same time, they were able to make the polymer 100% biodegradable and 100% recyclable into the same polymer.

“We want to minimize the use of petroleum-based polymers for many reasons,” Demirel said. “Sooner or later we will run out of petroleum and it is also polluting and causing global warming. We can’t compete with the really inexpensive plastics. The only way to compete is to supply something the petroleum based polymers can’t deliver and self-healing provides the performance needed.”

According to Demirel, many of the petroleum-based polymers are able to be recylced, but it has to be into something different.

The biomimetic polymers are able to biodegrade, and acids like vinegar are able to recycle it into a powder which can then be manufactured into the original self-healing polymer.

Stephanie McElhinny is a biochemistry program manager at the Army Research Office.

“This research illuminates the landscape of material properties that become accessible by going beyond proteins that exist in nature using synthetic biology approaches, McElhinny said. “The rapid and high-strength self-healing of these synthetic proteins demonstrates the potential of this approach to deliver novel materials for future Army applications, such as personal protective equipment or flexible robots that could maneuver in confined spaces.”