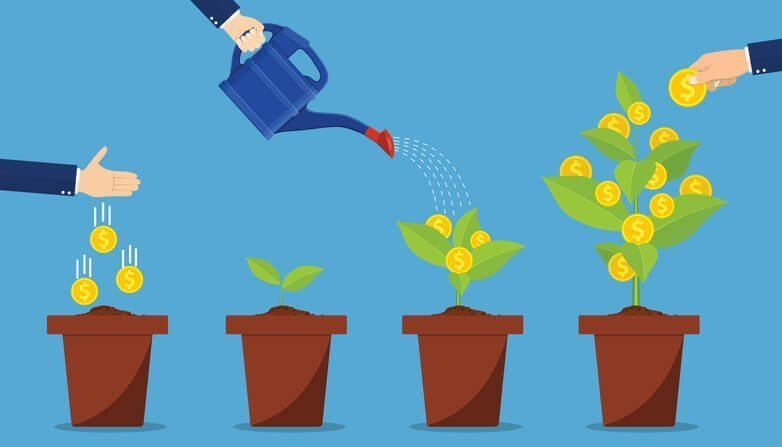 Venture Capital investing is all about making educated bets. It is said to be the riskiest category of investing out there, as over 90% of startups fail. But what makes VC investing so risky? Partly, it’s due to the lack of information related to the investments. You simply don’t know how the team will perform, whether the product will work, or how the market will develop. The future of any company in the earlier stages of its lifecycle contains a host of both “known unknowns” and “unknown unknowns.”

So how do we educate ourselves or decrease the unknowns?

Company data can roughly be divided into privately held and public. When gathering information and evaluating startups, venture capital investors typically ask the company directly for private data about financials and growth. They do their due diligence about any company based on what they receive. But there is also a wealth of public data available about companies nowadays as all leave a digital footprint behind that can be analyzed.

The holy grail for VCs is to know three things about a company: whether the company is likely to perform well in the future, how its valuation will develop, and whether it will be fundraising anytime soon. In the not-so-distant past, this was just a dream. But today, it’s more possible than ever to obtain this kind of information, or at least to get reliable estimates, thanks to machine learning (ML) and AI algorithms that enable VC’s to discover well-performing companies already based on the publicly available data.

Valuation data about a company is the most difficult type of information to obtain because exact values rarely exist (outside of the US). When they do, they are not always public information. Luckily, recent advances in ML and AI increasingly enable VCs to predict company growth and valuation over time.

At NGP Capital, we have taken a very deep look into this topic. We have identified at least 600 different indicators that can serve as valuable signals for predicting a company’s future performance, valuation, and fundraising activity. We then categorized these indicators into critical information areas that we can use when evaluating companies before contacting them.

Here are our findings:

Of the 600 indicators we looked at, 25 of them came out on top for predicting a VC up-round. These top-25 indicators tell us a few things: 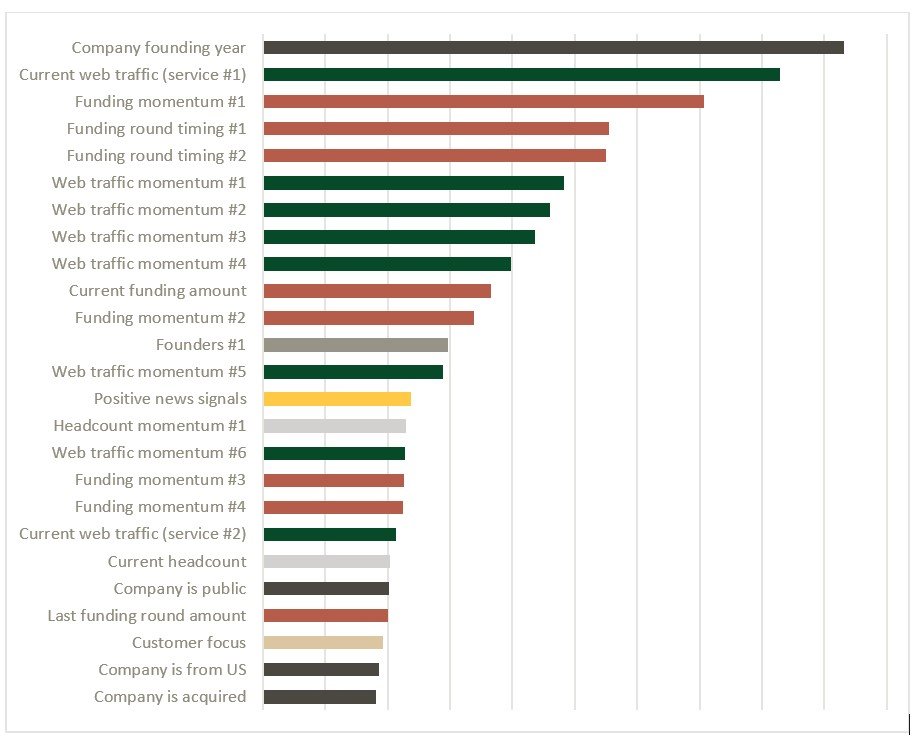 The year a company was founded is the top indicator. Companies tend to raise financing rounds more often in the earlier stages of their life cycle than late-stage companies. Later-stage companies, on the other hand, tend to raise larger rounds. The model we built focuses on predicting the likelihood of raising an up-round, not the round size. Worth highlighting is that although previous funding information does not provide a real-time signal, it is critical data, as it shows momentum behind the firm. However, data sources like website traffic, headcount growth, media presence, etc., tend to correlate strongly with growth and can be updated in real-time, which gives information on what is happening inside companies between funding rounds that are more singular events.

Interestingly, a strong media and PR presence typically run parallel to strong growth, even more so than team growth and hiring pace. Another key indicator is location. We mostly see that US-based companies are more likely to fundraise than companies in other geographies. This might be because of cultural reasons and because US companies tend to have better direct access to capital.

Looking at the entire dataset, we found eight key categories of data that provide valuable information about future company performance, valuation, and the likelihood that the company will be fundraising in the future. 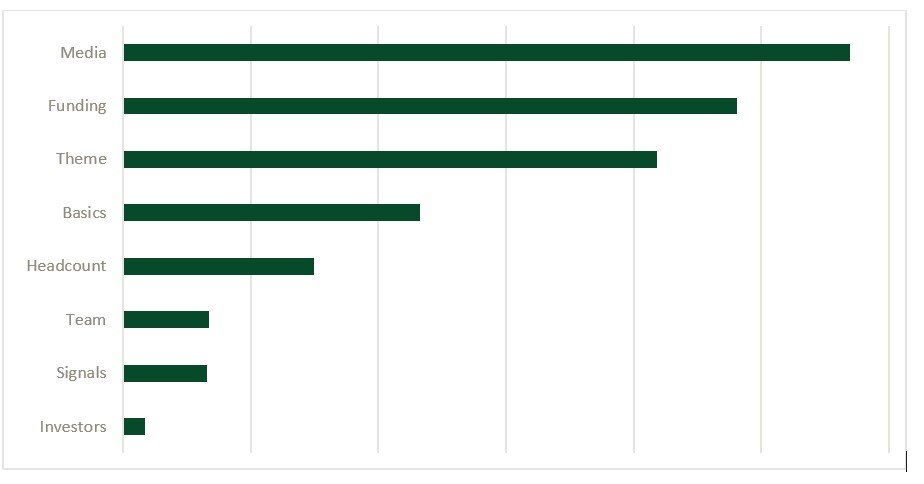 These eight categories roughly indicate how a company is doing based on publicly available data. They also serve as a guide for entrepreneurs who want to optimize the publicly available data about their companies to improve the chances of raising funding by becoming increasingly discoverable to AI algorithms. Although we have only covered the top 25 indicators here, it’s good to remember that there is a long tail of 575 other indicators that point to how a company is performing and that VC’s can predict value creation and growth over time.

Through this data, the herding behavior around top-tier investors and serial-founders that is so typical for the VC Industry is hereby declared a busted myth. That is not to say that it’s not a good route to go, but good companies can come from anywhere, and being data-driven rather than relationship-driven opens up a whole new world of companies free from bias and groupthink.

Related Topics:investinginvestmentsthought leaders
Up Next

AI, Data and Cloud Adoption Can Kick Off a Virtuous Cycle – Thought Leaders

How Nonprofits Can Use AI To Create Emotional Intimacy At Scale

Upal Basu is a Partner at NGP Capital. NGP Capital was founded in 2005 with the ambition to offer entrepreneurs something new, a support system of funding, feet on the ground in the world's largest markets, deep thematic expertise and access to vast networks as well as a technology corporate. We believe growth-stage companies deserve long-term, loyal investors that have both the ambition and the discipline to create significant financial and strategic value.