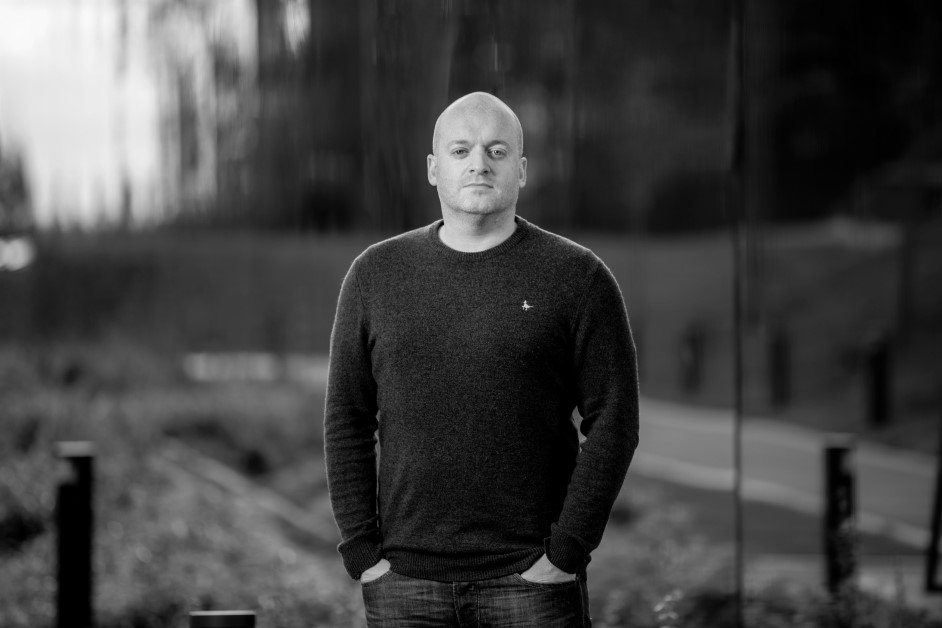 Andrew Watson is Vice President of AI and R & D at Healx.

Prior to joining Healx he worked at the technology giant Dyson, where he was the founding member of the Machine Learning Research Department, leading the research and implementation of machine learning and artificial intelligence across a variety of global product categories. In his time as Director of Machine Learning at Dyson, Andrew also established a new research group, focused on the intersection between machine learning and cutting-edge biomedical research.

Healx is an AI-powered, patient-inspired technology company, dedicated to helping rare disease patients around the world access life-improving therapies. There are 7,000 known rare diseases that affect 400 million people across the globe but only 5% of those conditions have approved treatments. Healx uses artificial intelligence (AI) to identify novel treatments for rare diseases from existing compounds and progress them towards patients in need. Their innovative approach means they can accelerate the pace, increase the scale and improve the chance of success of rare disease treatment development.

What initially attracted you to the field of machine learning?

My first exposure to machine learning was during a lecture on ‘Evolutionary Algorithms’ during my first degree at the University of Exeter. We learned to program an algorithm that designed two-dimensional toy cars, starting from a random assortment of wheels and components, before assessing their performance and iterating to create subsequent generations that performed better and better against a measure we defined. I was fascinated that software was able to perform thousands of design iterations without any human intervention and from then on I arguably overdid it, trying to automate absolutely everything! This evolutionary approach was the same that NASA employed to design its ST5 antenna that looks unlike anything a human expert would have created.

You’ve always been fascinated with applying machine learning and AI techniques to difficult problems, what were some of these challenges that you encountered prior to joining Healx?

I’ve been fortunate to have the oppourtnity to apply machine learning and AI in a variety of contexts, from disrupting terrorists, to identifying and mitigating computer malware, to,  immediately prior to Healx, combining AI with a deep understanding of user behaviour to create intelligent machines for use around the home and beyond at Dyson.

It’s easy for AI to become a gimmick but my goal has always been to find meaningful applications, be that deriving meaning from vast amounts of information or reducing a user’s cognitive load through decision support systems. Our mission at Healx is working on one of the ultimate challenges, right at the intersection between AI and human biology, to help some of the people who need it most: those with rare diseases.

What are some of your current responsibilities at Healx?

I oversee the R&D team, which is ultimately responsible for providing drug predictions to our colleagues in the Preclinical team at Healx. We do this by understanding both the underlying biology of a disease we’re working on and the mode of action of potential drugs that could help treat it, all running on top of our proprietary AI platform, Healnet.

Healnet analyses pre-existing drug and disease data from biomedical research, scientific literature, patient insights and Healx’s own curated sources to form a rare disease knowledge graph. We then use cutting-edge AI and NLP models to mine this graph to find novel opportunities to redevelop, combine and even enhance drug molecules in order to treat a condition.

Could you discuss some of the machine learning technologies by the Healnet drug discovery platform that is used to identify novel therapies for rare diseases from drugs that are already in existence?

Sure! Healx uses a suite of AI and NLP methods to spot non-obvious disease-compound relationships with the highest probability of success.

One of our most common methods is called Disease-Gene Expression Matching, or DGEM. This method compares the gene expression profile for a particular disease with gene expression profiles from Healx’s curated drug database, which contains thousands of drug signatures from public and private sources and covers a range of pharmacological classes, including a mixture of approved and investigational compounds. DGEM then predicts which drugs will likely be effective therapies based upon the most differentially expressed genes in the gene expression profiles. The method works on the premise that a drug mechanism with the opposite mechanism profile to a disease would be a strong candidate for an effective treatment. We actually used this method to find the lead compounds that we’re now investigating as part of our IMPACT-FXS trial on Fragile X syndrome – the world’s leading genetic cause of learning difficulties.

Another method is Prediction of Repurposed Indications with Similarity Matrices (PRISM), which uses the principle that if a drug treats a specific disease, then a similar drug may treat a similar disease. To determine the similarity of drugs, PRISM considers target proteins, structural similarity and side effects, and to determine the similarity of diseases, PRISM considers target genes, ontological structure and phenotypes. A machine-learning algorithm is then used to combine these similarities to predict novel treatment applications.

We have now developed over 10 monotherapy and combination therapy prediction modules to identify more novel therapeutic opportunities for rare conditions and, critically, these models are trained to discover novel disease biology and modes of action, without being limited to a single biological target (which is something of a problem with traditional drug discovery methods).

Once a drug is identified as a possible candidate how does the system then decide whether to proceed to clinical trials?

Thanks to our AI algorithms and our proprietary data sources, we’re able to reduce a list of around 15,000 possible drugs to 100 or so likely candidate treatments.

Once we have this list, it is passed on to our preclinical team – made up of expert pharmacologists and drug discovery experts – who apply their significant scientific and medical knowledge about the disease and the drugs to review the predictions and select the most likely drug candidates to treat a particular disease. We also provide the preclinical team with AI-generated rationale supporting the predictions, explaining why a compound that may appear unintuitive at first glance is worth their attention.

Once they’ve narrowed down the list again to around 10-20 candidates, those compounds are progressed to preclinical validation, which involves testing a drug in cell cultures and models before it’s tested in humans during the clinical trial phase. These studies will reveal if a compound will likely be effective, safe, and uncover what (if any) side effects it may have. They also decide which drugs can be combined or enhanced for a more effective treatment.

Could you elaborate on what Fragile X syndrome is, and some of the recent success at uncovering potential drug candidates?

Fragile X syndrome is a rare neurodevelopmental condition that causes a range of intellectual and cognitive impairments. It affects roughly 1 in 4,000 males and 1 in 8,000 females – but there are currently no effective or approved therapies for the condition available.

Healx’s aim is to change this, by attempting to bring at least one novel and effective combination therapy for the condition to market in the next few years.

We have made fantastic progress on this aim so far, and have uncovered multiple candidates for the condition through our AI and omic-based drug matching methods (including DGEM, which I mentioned earlier). HLX-0201, which was originally approved as a nonsteroidal anti-inflammatory drug, is our most promising candidate, and excitingly, we have now received Investigational New Drug (IND) approval from the US Food and Drug Administration (FDA) for the Phase 2a clinical study of the compound  alongside HLX-0206, which was identified as a potential combination partner using Healx’s proprietary combination prediction methods.

The IMPACT-FXS study is now underway at several sites in the US, which is really exciting, and we hope to have more to share on that soon!

It’s worth mentioning too that, throughout this project, Healx has worked closely with the FRAXA Research Foundation, a leading research and support organisation for fragile X in the United States, and other organisations to help us understand more about the condition and gain access to preclinical data and models that have allowed us to rapidly progress our predictions through to clinical study.

What do you envision as the future of AI in targeting rare diseases?

I think there’s the potential to see AI and other frontier technologies deployed across the entire drug discovery and development pipeline, helping to overcome some of the conventional challenges around time, cost and risk.

We’re already seeing a proliferation of companies in the wider drug discovery space using AI to do everything from analysing disease data and establishing biomarkers, to synthesising proteins and designing new drugs, right the way up to analysing real-world evidence and running clinical trials supported by ‘digital twin’ control arms.

All of this will be hugely beneficial to the discovery of treatments for rare diseases where there are obstacles around lack of relevant disease knowledge or small patient numbers. NLP can help fill the gaps in understanding by aggregating up-to-date data, whilst ML can predict which existing treatments can be redeveloped and why. Perhaps most excitingly though, AI can provide us with the automation needed to find and develop treatments at scale. And as computing power and advances are made in AI, we can scale it up rapidly.

This is a really great time to be in the space, and it’s a real privilege to be working with these cutting-edge technologies to solve some of the most complex problems there are. We’re always on the lookout for people passionate about our mission to join the team, and I highly recommend those who are interested to check out our vacancies.

We also have some exciting developments and projects in the pipeline at Healx, which you can stay up to date with via our website, and we hope to be able to share some of these with you soon.

Thank you for the great interview, I look forward to following the progress of Healx, a company that will undoubtedly make a positive impact to many. Readers who wish to learn more should visit Healx.