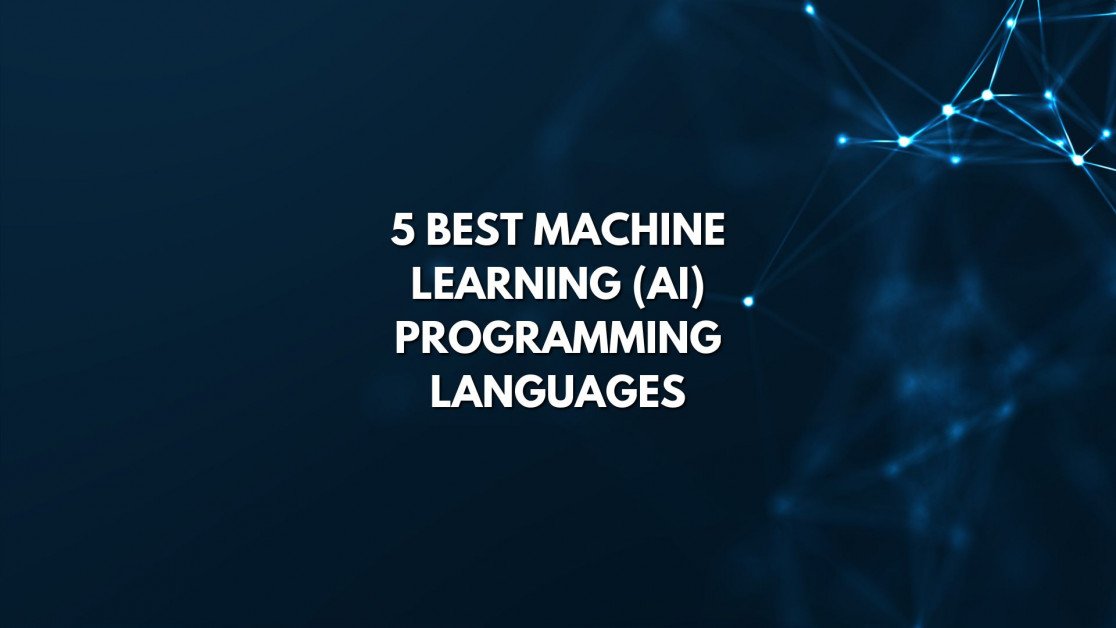 For those just getting started with machine learning (ML) and artificial intelligence (AI), it can be hard to decide where to begin. Even those who are already involved in the field can wonder which machine learning programming language is the best. And with over 700 different programming languages being widely used, it becomes even more difficult to decide the best for a task.

What is Machine Learning?

Machine learning is a subset of artificial intelligence that helps computer systems automatically learn and make predictions based on fed data sets. For example, a machine learning system might not be explicitly programmed to tell the difference between a dog and a cat, but it learns how to differentiate all by itself by training on large data samples. The goal of machine learning systems is to reach a point at which they can automatically learn without human intervention and subsequently carry out actions.

Python is by far the most popular and best machine learning language, with over 60% of machine learning developers using and prioritizing it for development. There are a few key aspects that make Python so attractive. For one, it is easy to learn, which is crucial for those looking to get started with machine learning. It is also scalable and open-source.

Python is a top choice for those looking to carry out tasks involving data analytics, data science, machine learning, and AI due to its vast library ecosystem that offers many different libraries to handle, transform, and process data. The in-built libraries and packages provide base-level code to help machine learning engineers, and they are available for almost every task. On top of this, the libraries and packages have a zero learning curve, meaning once you learn the basics of Python programming, you are ready to go.

Some of the top libraries for Python include Numpy, Pandas, Matplotlib, Seaborn, and sci-kit Learn.

The machine learning programming language is used by some of the top companies in the world including Google, Facebook, Instagram, Dropbox, Netflix, Walt Disney, Uber, and Amazon.

Here are some of the main benefits of Python:

R is a top choice for processing large numbers, and it is the go-to language for machine learning applications that use a lot of statistical data. Its user-friendly IDEs and tools enable you to draw graphs and manage libraries. It also provides a variety of tools to train and evaluate machine learning algorithms for predicting future events.

R is highly used in the fields of bioengineering and biomedical statistics, but it is also popular for implementing machine learning like classification, regression, and decision tree formation. Some of the libraries for R include CARET for working with classification and regression problems, and PARTY and rpart for creating data partitions.

Here are some of the main benefits of R:

Another key aspect of Java is that many organizations already possess large Java codebases, and many open-source tools for big data processing are written in the language. This makes it easier for machine learning engineers to integrate projects with existing code repositories.

Java includes an array of features that make it a great choice, such as ease of use, better user interaction, package services, easy debugging, and graphical representation of data. It has a wide range of third party libraries for machine learning, such as JavaML, which is an in-built machine learning library that provides a collection of algorithms implemented in Java.

Some of the main libraries associated with Java include Weka, JavaML, Deeplearning4j, and ELKI. It also includes Java Virtual Machine, which is one of the best platforms for machine learning as it enables engineers to write the same code on multiple platforms.

Here are some of the main benefits of Java:

A high-performance, general-purpose dynamic programming language, Julia has risen to become a potential competitor for Python and R. It offers many great features exclusively for machine learning, and while it is a general-purpose language for the development of a wide-range of applications, it is best used for high-performance numerical analysis and computational science.

Julia has support for all types of hardware, such as TPUs and GPUs, and it is used by big companies like Apple, Oracle, Disney, and NASA.

Here are some of the main benefits of Julia:

The programming language has led to the creation of various other languages like Python, Julia, and Java. It also has the capability to code, compile, and run code in more than 30 programming languages. LISP is considered a highly efficient and flexible machine learning language for solving specifics since it adapts to the solution a programmer is coding for, which makes it stand out from some of the other top languages.

In today’s world, LISP is often used for inductive logic problems and machine learning. It is widely-known for creating the first-ever AI chatbot, and it can still be used today to develop chatbots for industries like eCommerce.

Here are some of the main features of LISP:

Related Topics:AIartificial intelligenceMachine Learning
Up Next