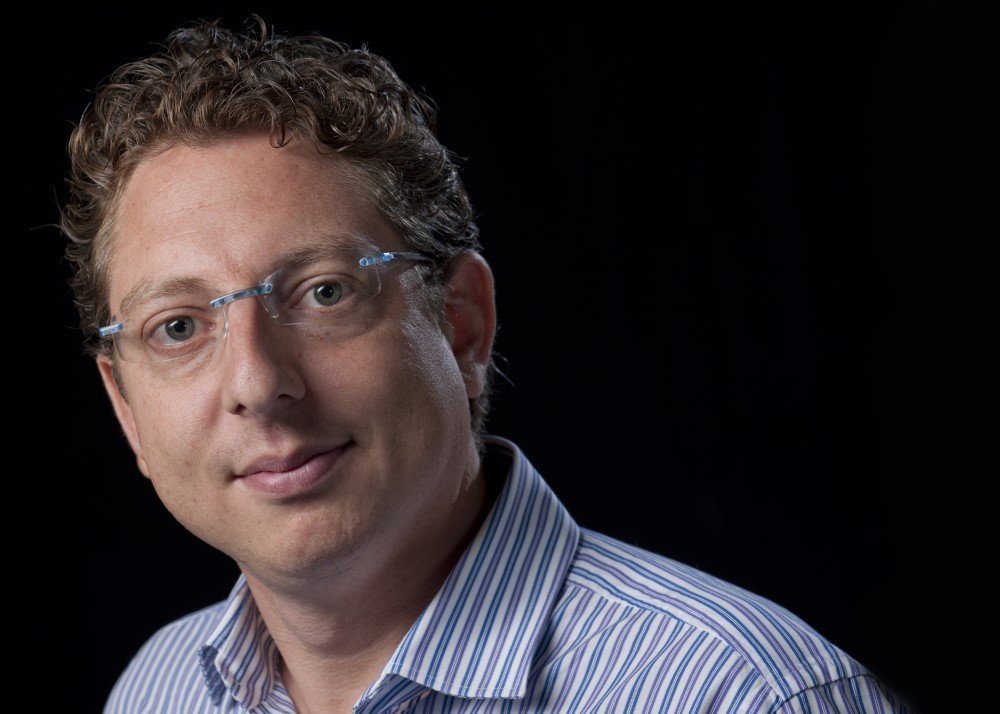 Dor Skuler is the co-founder and CEO of Intuition Robotics, a company redefining the relationship between humans and machines.  They build digital companions including ElliQ – the sidekick for happier aging which improves the lives of older adults.

Intuition Robotics is your fifth venture. What inspired you to launch this company?

Throughout my career, I’ve enjoyed finding brand new challenges that are in need of the latest technology innovations. As technology around us became more sophisticated, we believed that there was a need to redefine the relationship between humans and machines, through digital companion agents. We decided to start with helping older adults stay active and engaged with a social companion. We felt this was an important space to start with, as we could create a solution to help older adults avoid loneliness and social isolation. We’re doing this by focusing on celebrating aging and the joys of this specific period in life, rather than focusing on disabilities.

90% of older adults prefer to age at home, and we’re seeing a positive trend of “aging in place” at home and within their own communities, as opposed to moving to a senior care facility. We’re also seeing a strong willingness to adopt non-medical approaches to improve quality of life for older adults, including technologies that allow them to thrive and continue living independently, rather than offerings that only treat issues.

Many home assistants on the market today are reactive and command-based; they only respond to questions and do tasks when prompted. This does little to create a relationship and combat loneliness as you feel like you’re just talking to a machine. ElliQ is different in that she intuitively learns users’ interests and proactively makes suggestions. Instead of waiting for someone to ask her to play music, for example, ElliQ will suggest digital content like TED talks, trivia games, or music. She’ll learn her user’s routines and preferences and will prompt them to engage in an activity after ElliQ notices inactivity. ElliQ creates an emotional bond and helps users feel like they aren’t alone.

You’ve stated that pro-active AI initiated Interactions is very important. In one product demo one of the interesting functions is ElliQ will randomly introduce a piece of interesting information. Is this simply a way of connecting with the user? What are some of the other advantages of doing this?

Proactivity helps to create a bi-directional relationship with the user. Not only is the user prompting the device, but since the device is a goal-based AI agent wanting to motivate the user to be more connected and engaged in the world around him, she’ll proactively initiate interactions that will promote the agent’s goals. Proactivity also helps the user in relating better to the device and feeling as if this is a lifelike entity and not a piece of hardware.

Being pro-active is important, but one of the challenges of a digital assistant is not to annoy a user, how do you tackle this challenge?

We have been designing our digital companions to encompass a “do not disturb the user” goal. This goal is part of our decision making algorithm based on which the agent makes a decision what to proactively initiate. This goal competes with the agent’s other goals such as keeping the user entertained or connected to family members. Based on reinforcement learning, one of these goals “wins”.

Can you discuss designing personality or character in order to enable the human to bond with the machine?

A distinct, character-based personality makes an AI agent more fun, intriguing, and approachable, so the user feels much more comfortable opening up and engaging in a two-way exchange of information. The agent’s personality also provides the unique opportunity to reflect and personify the brand and product that it’s embedded into – we like to think of it as a character in a movie or play. The agent is like an actor that was selected to play a specific role in a movie, serving its unique purpose in its environment (or “scene”) accordingly.

As such, the agent for a car would have a completely different personality and way of communicating than an agent designed for work or home. Nevertheless, its personality should be as distinct and recognizable as possible. We like to describe ElliQ’s personality as a combination of a Labrador and Sam from Lord of the Rings – highly knowledgeable, yet loyal and playful. Discovering the agent’s personality over time helps the user open up and get to know the agent, and the enticement keeps the user coming back for more.

Sometimes an AI may interrupt a conversation or some other event. Is ElliQ programmed to ask for forgiveness? If yes, how is this achieved without further annoying the end user?

ElliQ’s multi modality allows her to express her mistakes. For example, she can bow down her head to signal that she’s apologetic. Overall in designing an AI agent, it is very important to create fail and repair mechanisms that will allow the agent to sophisticatedly apologize for disturbing or not understanding.

One of the interesting things you stated is that  ‘users don’t want to anticipate what she (ElliQ) will do next’. Do you believe that people yearn for the type of unpredictability that is normally associated with humans?

We think that users yearn for many elements of human interaction, including quirks like unpredictability, spontaneity, and fun. ElliQ achieves this with unprompted questions, suggestions, and recommendations for activities in the digital world and the physical world. To increase the feeling of having a machine, ElliQ is designed to not repeat herself but to surprise the users with her interactions. This is all to invoke the feeling of being lifelike and to allow the creation of a real bond.

Users will learn to expect ElliQ to anticipate their needs. Do you believe that some type of resentment towards the AI can begin to brew if this anticipation remains unmet?

Yes, I think users will be disappointed if AI around them doesn’t act on their behalf or expectations are unmet. This is why transparency is important when designing such agents – so the user really understands the boundaries of what is possible.

You also stated that users do not see ElliQ as something that is alive, instead they see it as an in-between, something not alive or a machine, but something closer to a presence or a companion. What does this tell us about the human condition, and how should people who design AI systems take this into consideration?

This tells us that as humans, we need interaction and to build relationships in order to feel connected. ElliQ won’t replace other humans, but she can help evoke similar feelings of companionship and help users not feel so lonely or like they’re just talking to a box. She’s much more than an assistant or a machine; she’s a companion with a personality. She’s an emotive entity that users feel as if she lifelike but they truly comprehend that she is actually a device.

Intuition Robotics also has a second product which is an in-car digital companion. Could you give us some details about this product?

In 2019, Toyota Research Institute (TRI) selected Intuition Robotics to collaborate on an in-car AI agent. Through this collaboration, we’re helping TRI create an experience in which the car will engage drivers and passengers in a proactive and personalized way. The experience is powered by our cognitive AI platform, Q. It’s an in-cabin digital companion that creates a unique, personalized experience and aims to accelerate consumer’s trust with autonomy in cars and create a much more engaging and seamless in-car experience.

Thank you for the interview, I really enjoyed learning more about your company and how elliQ can be such a powerful solution for an elderly population that technology often ignores. Readers who wish to learn more should visit Intuition Robotics, or visit ElliQ.