The Use of Artificial Intelligence In Music Is getting More And More Sophisticated - Unite.AI 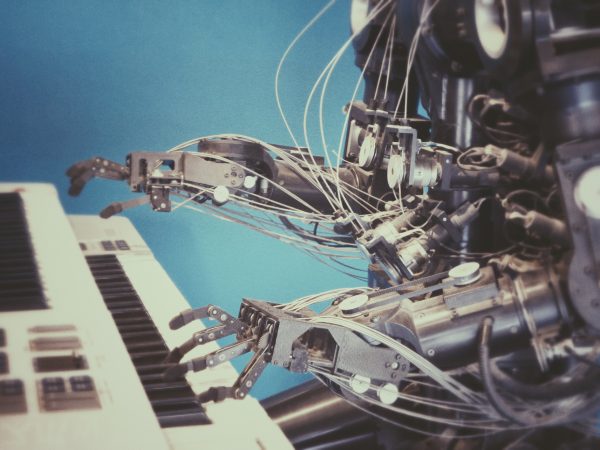 The application of artificial intelligence in music has been increasing for a few years now.  As Kumba Sennaar explains, the three current applications of AI in music industry lies in music composition, music streaming and music monetization where AI platforms are helping artists monetize their music content based on data from user activity.

It all started way back in 1957 when Learn Hiller and Leonard Issacson programmed Illiac I to produce “Illiac Suite for String Quartet, the first work completely written by artificial intelligence, then, 60 years on, it turned into complete albums like the Taryn Southern album produced by Amper Music in 2017. Currently, Southern has over 452 thousand subscribers on YouTube and “Lovesick” a song from the album was listened and viewed by more than 45,000 viewers.

But since then, the application of AI in this field has both got more sophisticated and branched out further. Open AI has created MuseNet, as the company explains, “a deep neural network that can generate 4-minute musical compositions with 10 different instruments and can combine styles from country to Mozart to the Beatles. MuseNet was not explicitly programmed with our understanding of music, but instead discovered patterns of harmony, rhythm, and style by learning to predict the next token in hundreds of thousands of MIDI files. MuseNet uses the same general-purpose unsupervised technology as GPT-2, a large-scale transformer model trained to predict the next token in a sequence, whether audio or text.”

On the other hand, as GeekWire, among others, reports, Dr. Mick Grierson, computer scientist and musician from Goldsmiths, University of London was recently commissioned by the Italian car manufacturer Fiat to produce a list of 50 most iconic pop songs using algorithms. His analytical software was used to “determine what makes the songs noteworthy, including key, the number of beats per minute, chord variety, lyrical content, timbral variety, and sonic variance.”

According to his results, the song that had the best cocktail of the set parameters was Nirvana’s “Smells Like Teen Spirit,” ahead of U2’s “One” and John Lennon’s “Imagine”. Nirvana’s song was then used by FIAT to promote its new FIAT 500 model. Grierson explained that the algorithms showed that, ‘the sounds these songs use and the way they are combined is highly unique in each case.’

Another application was prepared by musicnn library, which as explained, uses deep convolutional neural networks to automatically tag songs. The models “that are included achieve the best scores in public evaluation benchmarks.” music (as in musician) and its best models have been released as an open-source library. The project has been developed by the Music Technology Group of the Universitat Pompeu Fabra, located in Barcelona, Spain.

In his analysis of the application, Jordi Pons used musicnn to analyze and tag another iconic song, Queen’s “Bohemian Rhapsody.” He noticed that the singing voice of Freddie Mercury was tagged as a female voice, while its other predictions were quite accurate. Making musicnn available as open-source makes it possible to further refine the tagging process.

Reporting on the use of AI in music streaming, Digital Music News concludes that “the introduction of artificial intelligence and machine learning technologies has greatly improved the way we listen to music.  Thanks to rapid advances in the AI and similar technologies, we are most likely going to see plenty of futuristic improvements in the upcoming years.”

Bots Have Evolved to Mimic Human Behavior Better for 2020 Elections

Scientists Use Artificial Intelligence to Estimate Dark Matter in the Universe