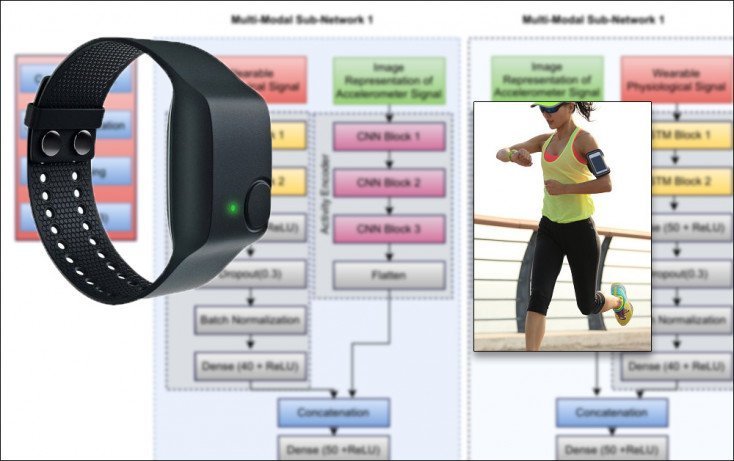 A new type of privacy attack based on wearable health data has been identified by researchers from the University of Massachusetts Lowell. Person Re-identification Attack (PRI-Attack) uses HIPAA-compliant, publicly available data from health wearables to establish the identity of individuals from heart rate, breathing and hand gesticulation data, among others.

The vulnerability is made possible in the US by the fact that the Health Insurance Portability and Accountability Act (HIPAA), while requiring that medical data remains anonymous, does not consider raw sensor data (such as skin temperature and accelerometer (ACC) data) as being privacy-sensitive, and therefore does not require that publicly-shared data of this type be encrypted or subject to the same general protections it affords to traditional forms of patient data, such as health records.

From Vector To Visual

A PRI-Attack uses interpreted image data to discern common patterns that correlate to other types of health data. A person’s skin response, for instance, can be evaluated from video (photoplethysmography), and correlated to what ought to be completely anonymous vector information from health-monitoring devices such as wearable watches, and other kinds of monitoring apparatus. Photoplethysmography yields heart-rate data, which can be paired up with non-identified wearable cardiac data.

Gesture recognition is another ‘key’ that can be trivially translated from vector data into a visual matrix that, again, allows interpreted image/video data to be correlated to apparently anonymous accelerometer information in health data. 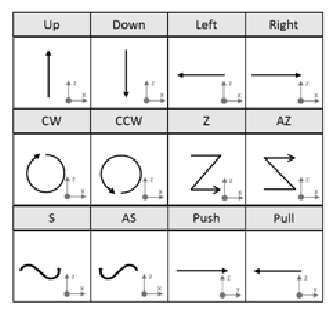 The research, from UML Assistant Professor Mohammad Arif Ul Alam, contends that physiological sensing data can indeed constitute PII, and is in effect a biological analogue of the browser fingerprinting techniques currently believed to undermine new initiatives to protect user privacy on the web.

To test the hypothesis, the researcher developed a hand-gesture recognition and localization framework that interprets gesture data (recorded vector-based movement) from a wearable accelerometer, and translates the movements into a visual record that can be correlated to movements recorded by wearable health devices.

A Multi-Modal Siamese Neural Network (mm-SNN) was constructed to interpret gesture information classified via Support Vector Machine (SVM). One network deals with the vector information (interpreted as image information in a 3D space) and the second network treats of the physiological data recorded from sensor data. 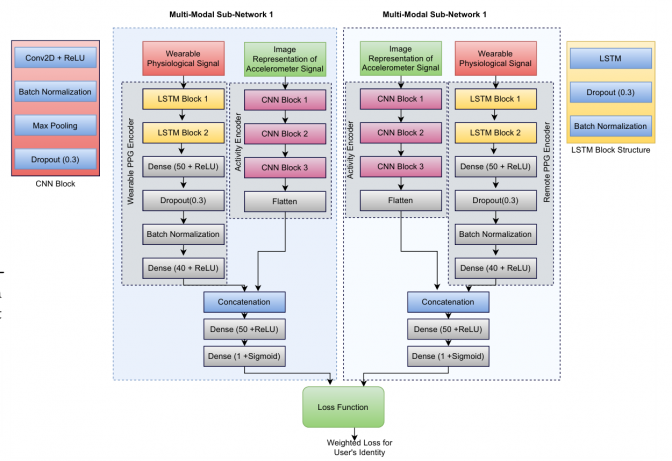 The E4 was also used in a novel ‘restaurant data’ dataset, wherein eight volunteers prepared and ate sandwiches for twenty minutes, and in an ‘older adults’ dataset, where 22 older subjects, aged 75-95, performed 13 scripted activities while wearing the watch.

Finally, the researchers used the publicly available ‘Healthy Adults Fatigue Dataset’, which monitored 28 healthy men and women with an average age of 42 over 1-219 consecutive days while wearing a multisensor wearable device broadly similar to the data-gathering capabilities of the E4, including a 3-axis ACC, galvanic skin response electrode, temperature and photo sensors, and a barometer.

The results indicate that heart rate and breathing rate are the surest means to reidentification, scoring an averaged >66%+ accuracy rate.

The US government has acknowledged the growth of personal health records (PHR), and classifies such a record (including data from health wearables) as ‘an electronic record of an individual’s health information by which the individual controls access to the information and may have the ability to manage, track, and participate in his or her own health care’.

Nonetheless, since this is a phenomenon from the private sector, the government concedes no official oversight of such data, having established that it does not contain personally identifiable information (PII). A report in June 2016 on non-covered HIPAA entities from the U.S. Department of Health and Human Services states:

‘[Large] gaps in policies around access, security, and privacy continue, and confusion persists among both consumers and innovators. Wearable fitness trackers, health social media, and mobile health apps are premised on the idea of consumer engagement. However, our laws and regulations have not kept pace with these new technologies.’

The Ins and Outs of Cloud-Based Security Solutions