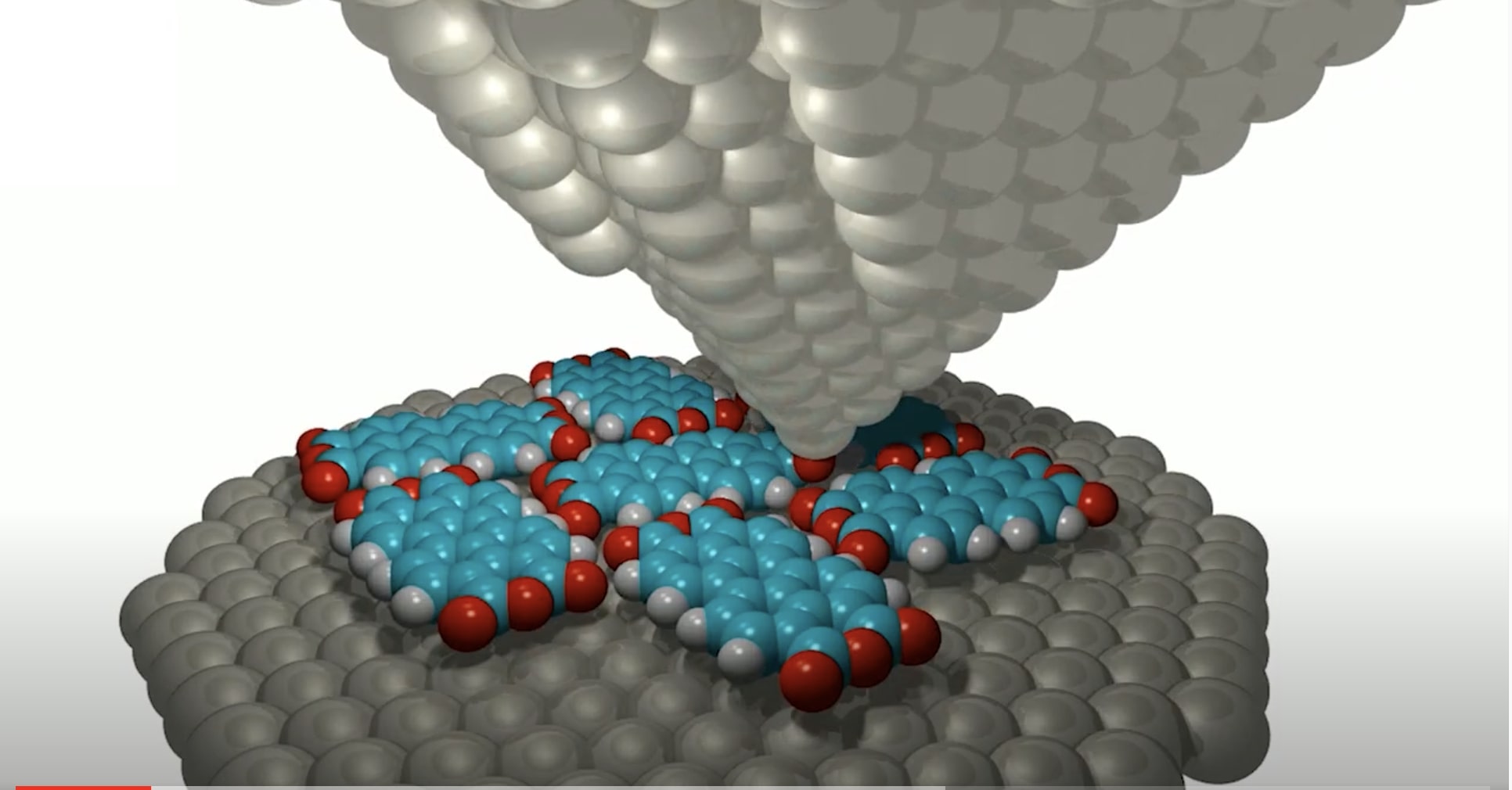 Scientists from Jülich and Berlin have developed an artificial intelligence system that is capable of autonomously learning how to move individual molecules through the use of a scanning tunneling microscope. Because atoms and molecules do not act like macroscopic objects, each one of these building blocks needs its own system for moving.

The new method, which the scientists believe can be used for research and production technologies like molecular 3D printing, was published in Science Advances.

Rapid prototyping, more commonly known as 3D printing, is extremely cost effective when it comes to creating prototypes or models. It has been increasing in importance over the years as the technology has constantly improved, and it is now a major tool used by industry.

Dr. Christian Wagner is head of the ERC working group on molecular manipulation at Forschungszentrum Jülich.

“If this concept could be transferred to the nanoscale to allow individual molecules to be specifically put together or separated again just like LEGO bricks, the possibilities would be almost endless, given that there are around 1060 conceivable types of molecular manipulation at Forschungszentrum Jülich,” Wagner says.

One of the main challenges is the individual “recipes” needed in order for the scanning tunneling microscope to move individual molecules back and forth. These are needed so that the tip of the microscope can arrange molecules spatially and in a targeted manner.

The so-called recipe can not be calculated or deduced by intuition, which is due to the complex nature of the mechanics on the nanoscale. The way the microscope works is by having a rigid cone at the tip, which the molecules lightly stick to. In order for those molecules to move around, complex movement patterns are required.

Prof. Dr. Stefan Tautz is head of the Quantum Nanoscience Institute at Jülich.

“To date, such targeted movement of molecules has only been possible by hand, through trial and error. But with the help of a self-learning, autonomous software control system, we have now succeeded for the first time in finding a solution for this diversity and variability on the nanoscale, and in automating this process,” Tautz says.

One of the fundamental aspects of this development is reinforcement learning, which is a type of machine learning that involves the algorithm repeatedly attempting a task and learning from each attempt.

“We do not prescribe a solution pathway for the software agent, but rather reward success and penalize failure,” he says.

“In our case, the agent was given the task of removing individual molecules from a layer in which they are held by a complex network of chemical bonds. To be precise, these were perylene molecules, such as those used in dyes and organic light-emitting diodes,” Dr. Christian Wagner adds.

There is a key point at which the force required to move the molecules cannot exceed the strength of the bond where the tunneling microscope attracts the molecule.

“The microscope tip therefore has to execute a special movement pattern, which we previously had to discover by hand, quite literally,” Wagner says.

Reinforcement learning is used while the software agent learns which movements work, and it continues to improve each time.

However, the tip of the scanning tunneling microscope consists of metal atoms, which can shift, and this changes the bond strength of the molecule.

“Every new attempt makes the risk of a change and thus the breakage of the bond between tip and molecule greater. The software agent is therefore forced to learn particularly quickly, since its experiences can become obsolete at any time,” Prof. Dr. Stefan Tautz says. “It’s a little as if the road network, traffic laws, bodywork, and rules for operating the vehicles are constantly changing while driving autonomously.”

In order to get past this, the researchers developed the software so that it learns a simple model of the environment where the manipulation happens in parallel with the initial cycles. In order to quicken the learning process, the agent simultaneously trains in reality and in its own model.

“This is the first time ever that we have succeeded in bringing together artificial intelligence and nanotechnology,” Klaus-Robert Müller says.

“Up until now, this has only been a ‘proof of principle,’” Tautz continues. “However, we are confident that our work will pave the way for the robot-assisted automated construction of functional supramolecular structures, such as molecular transistors, memory cells, or quibits — with a speed, precision, and reliability far in excess of what is currently possible.”

What Is Synthetic Data?