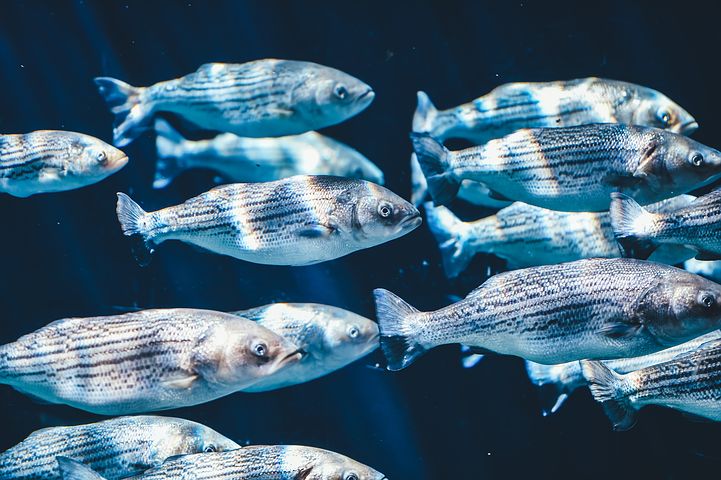 NYU Tandon School of Engineering Professor Maurizio Porfiri and his team of researchers from NYU Tandon and the University of Western Australia have demonstrated how robotic fish can be used to fight against one of the most problematic invasive species in the world, the mosquitofish. The control of invasive species is a problem that countries throughout the world deal with, and some of the biggest issues arise in lakes and rivers. It is in these environments where fish and other species have barriers preventing them from escaping predators. These new developments, from the laboratory that deals with biometric robots and animal behavior, can provide solutions to big problems everywhere.

The population of mosquitofish has soared throughout freshwater lakes and rivers around the world, and they cause serious problems for the native fish and amphibian species. The traditional way of controlling the mosquitofish is through toxicants or trapping, and it is many times unsuccessful or harmful to local wildlife.

The team of researchers led by Porfiri conducted experiments to see if it was possible for a biologically inspired robotic fish to cause fear-related changes in the mosquitofish’s behavior. What they concluded was that even a small amount of exposure to robotic largemouth bass, the mosquitofish’s biggest predator, caused stress responses. They then avoided certain behaviors and underwent psychological changes caused by the loss of energy reserves. These changes were then the possible reason for a reduction in reproduction rates among the fish.

The paper was published in the Journal of the Royal Society Interface. It is titled “Behavioral and Life-History Responses of Mosquitofish to Biologically Inspired and Interactive Robotic Predators.”

“To the best of our knowledge, this is the first study using robots to evoke fear responses in this invasive species,” Porfiri said. “The results show that a robotic fish that closely replicates the swimming patterns and visual appearance of the largemouth bass has a powerful, lasting impact on mosquitofish in the lab setting.”

The experiments involved exposing groups of mosquitofish to a robotic largemouth bass for a period of 15 minutes. This happened per week for a total of six consecutive weeks. Each session involved a different behavior exhibited by the robotic bass. In some of the trials, the robotic fish was programmed so that it provided real-time feedback, and it mimicked predatory behavior by swimming at a faster speed. The researchers then analyzed the data and found links between the degree of biomimicry in the robot and the stress levels of the live mosquitofish. Some of the fear-related behaviors that the mosquitofish exhibited included stopping in place, an increased level of suspicion for unfamiliar and unexplored spaces, and erratic swimming patterns.

Another area that the researchers focused on was the physiologic parameters of stress response. They measured the fish every week to track any changes in weight or length. When a fish decreases in weight, it can be a response to predators, and it causes lower energy reserves. These fish are not able to survive as long and don’t have the same amount of energy to dedicate for reproduction.

Whenever the robotic bass mimicked the aggressive behavior of swimming in attack patterns, the highest levels of behavioral and physiological stress responses were measured among the mosquitofish.

“Further studies are needed to determine if these effects translate to wild populations, but this is a concrete demonstration of the potential of a robotics to solve the mosquitofish problem,” said Giovanni Polverino, Forrest Fellow in the Department of Biological Sciences at the University of Western Australia and the lead author of the paper. “We have a lot more work going on between our schools to establish new, effective tools to combat the spread of invasive species.”

The Dynamical Systems Laboratory, ran by Porfiri, often uses biomimetic robots with live fish to study collective animal behavior. These behaviors include mating preferences and leadership. Another benefit of this technology is that it reduces the need to use live animals for experiments.

These developments are yet another example of robotics making their way into every aspect of the society and environment. It isn’t hard to think forward to a point at which we have robotic fish, dedicated to certain tasks and ran by artificial intelligence, living in our environment with live species.