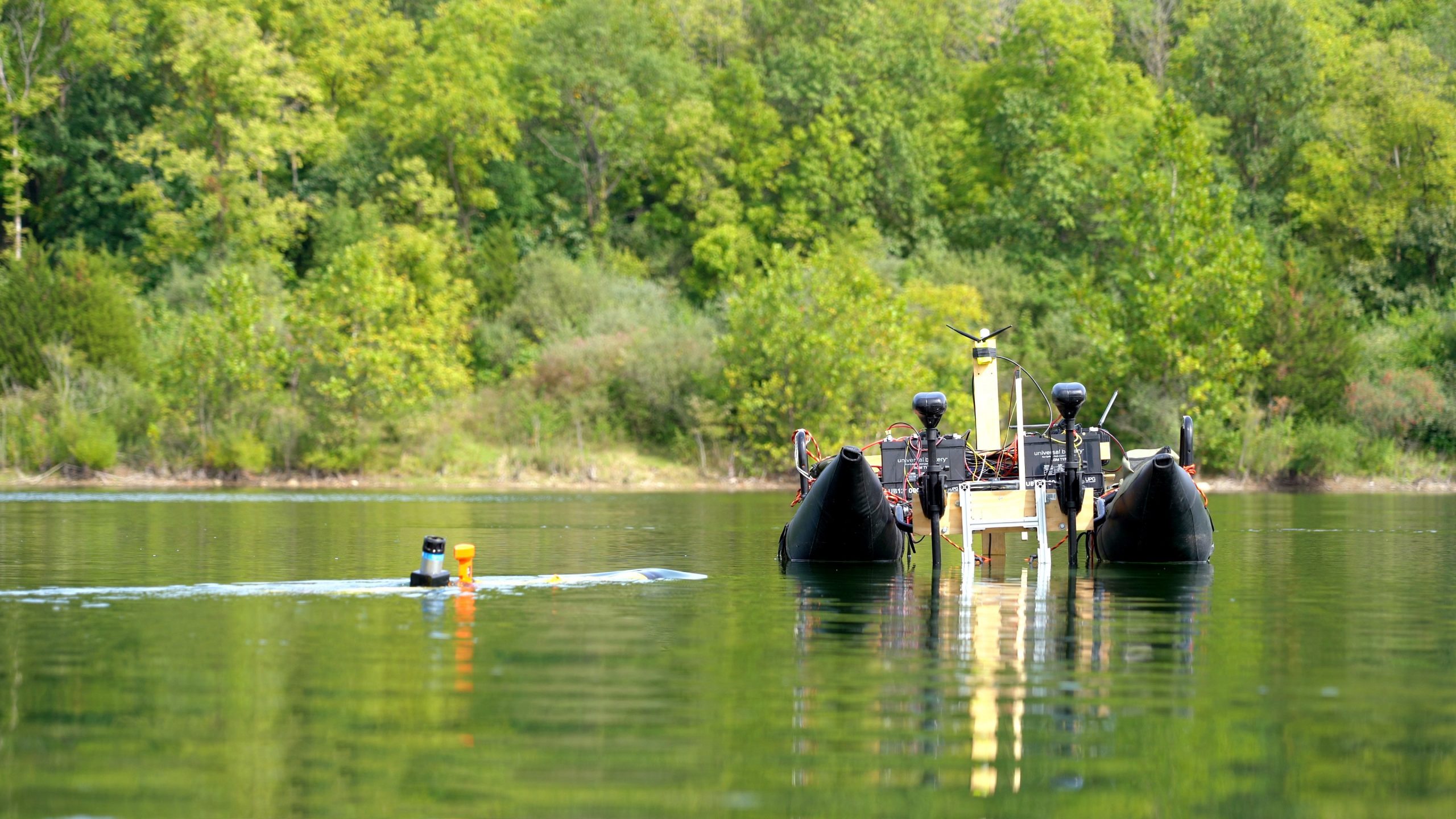 Underwater robots are also useful for search-and-rescue missions and environmental studies. However, one of their disadvantages is that the robots are required to return all the way to base in order to recharge and upload data. This is not feasible if an AUV is to venture out deep into unknown waters.

The team didn’t stop at ocean waters, but it explored adapting the docking system for extraterrestrial lakes on other planets.

Nina Mahmoudian is an associate professor of mechanical engineering.

One of the current limitations with marine robots is that once they submerge in water, they can no longer transmit and receive radio signals like GPS data. One way around this is acoustic communication, but it is far less reliable and more difficult. The difficulty is increased with even longer range transmissions, making underwater robots limited in their range of operation.

“Typically these robots perform a pre-planned itinerary underwater,” Mahmoudian said. “Then they come to the surface and send out a signal to be retrieved. Humans have to go out, retrieve the robot, get the data, recharge the battery and then send it back out. That’s very expensive, and it limits the amount of time these robots can be performing their tasks.”

This is why Mahmoudian came up with a mobile docking station that allows the robots to return to exploration by themselves.

“And what if we had multiple docks, which were also mobile and autonomous,” Mahmoudian continued. “The robots and the docks could coordinate with each other, so that they could recharge and upload their data, and then go back out to continue exploring, without the need for human intervention. We’ve developed the algorithms to maximize these trajectories, so we get the optimum use of these robots.”

“What’s key is that the docking station is portable,” she said. “It can be deployed in a stationary location, but it can also be deployed on autonomous surface vehicles or even on other autonomous underwater vehicles. And it’s designed to be platform-agnostic, so it can be utilized with any AUV. The hardware and software work hand-in-hand.”

Mahmoudian believes that this technology could spread well beyond the underwater world.

“This system can be used anywhere,” she said. “Robots on land, air or sea will be able to operate indefinitely. Search-and-rescue robots will be able to explore much wider areas. They will go into the Arctic and explore the effects of climate change. They will even go into space.”