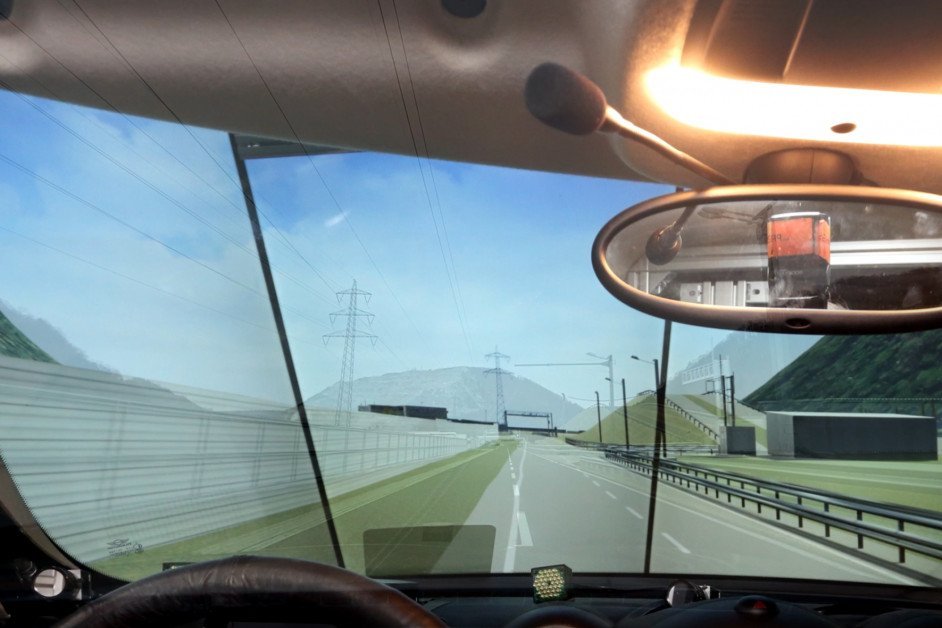 A new method developed by researchers at the Graz University of Technology could drastically improve and simplify the approval process for automated driving systems.

Driving simulator tests are used for many different reasons, especially since they can simulate any scenario almost immediately. These scenarios are not affected by time and weather conditions, and there are no safety risks for the vehicle, people, or the environment.

Driving simulators are also much cheaper and require less organization compared to the real thing.

However, there are some questions surrounding the practice when it comes to automated driving.

Arno Eichberger is head of the research area “Automated Driving & Driver Assistance Systems” at the Institute of Automotive Engineering at Graz University of Technology (TU Graz).

“In the field of highly automated driving, however, driving simulator studies are often questioned because of the lack of realism,” says Eichberger. “In addition, until recently there were no standardized test procedures that could have been used to check complex tasks such as the mutual interaction between human and system (handover procedures).”

The first global regulation for Automated Lane Keeping Systems (ALKS) was implemented in the beginning of 2021. According to Eichberger, the law fixes the issue of road approval.

“Until now, regulatory authorities did not know how to test and approve autonomous driving systems,” he said. “The vehicle manufacturers, in turn, did not know what requirements the systems had to meet in order to be approved.”

The regulations have specified, on the basis of a traffic jam assistant, the approval criteria for highly automated systems up to a maximum speed of 60 km/h. Once the assistant is activated, it becomes responsible for control. The driver can let go of the steering wheel, but they must take over if there is a malfunction. The system must also recognize that the driver has this ability.

The new method developed by Eichberger and his team from Fraunhofer Austria, AVL, and JOANNEUM RESEARCH was based on the regulation. It is able to safely, effectively, and realistically test the readiness to take over control in a driving simulator. The results can then be used for the certification of ALKS systems.

The team had to carry out various processes to prove the validity of the driving simulation using the test drive. There needed to be a direct comparison between driving simulation and real driving, which had to match as closely as possible.

The machine perception of the environment proved to be challenging in this regard.

“If this is to run the same as in reality, the environments in the simulation have to match the real environment to the exact centimetre,” Eichberger said.

The team achieved this accuracy by using “Ultra High Definition Maps” from JOANNEUM RESEARCH, which is a world leading research institution.

Patrick Luley is head of the research laboratory for highly automated driving at the DIGITAL Institute.

“We use a mobile mapping system to measure the test environments,” Luley said. “Finally, a seamless 3D map with an extremely high level of detail is created from the measurement data. In addition to traffic infrastructure objects such as traffic signs, lane markings and guard rails, vegetation and buildings are also represented in this map.”

The last step is for the high-resolution 3D environment to be transferred to the driving simulator.

According to Volker Settsgast from the Visual Computing business unit, “We prepare the data in such a way that the 3D environment can be displayed at high speed.”

The validation is then verified through comparative runs on the real route.

The team is now working to set up virtual approval tests over the next few months.

Neural Rendering: NeRF Takes a Walk in the Fresh Air