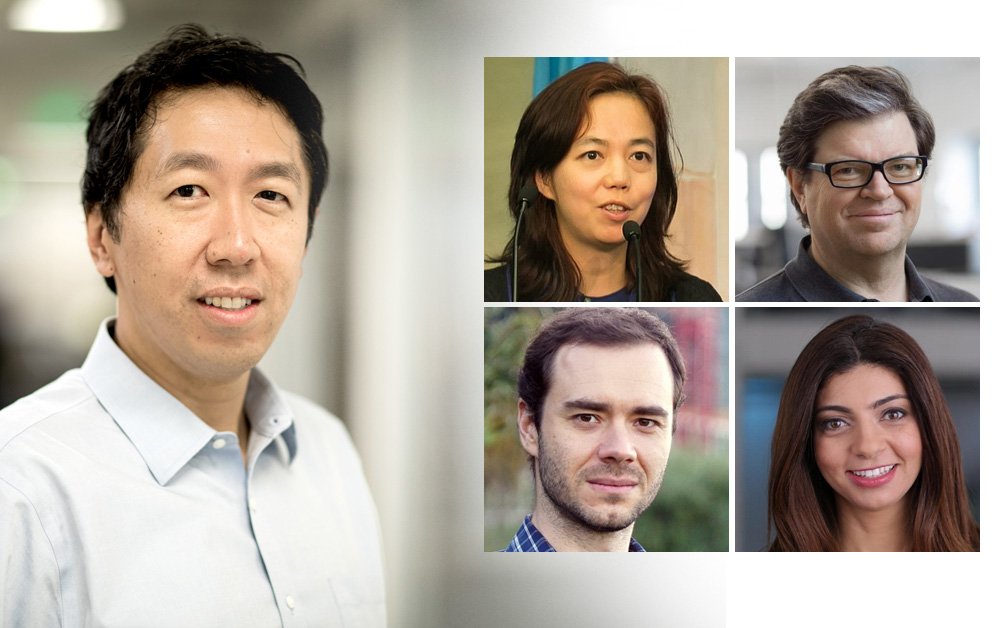 According to a new survey, migrant AI researchers consider the US and the UK the most volatile countries to move to in terms of assured settlement and visa status, presenting a possible threat to the aspirations of these countries for a vanguard position in artificial intelligence research and development.

Respondents ranked a list of countries by the level of uncertainty they perceived over immigration and visa policies, with a clear majority responding that the United States gave the most cause for concern at 69%, with the United Kingdom ranking second at 44%. 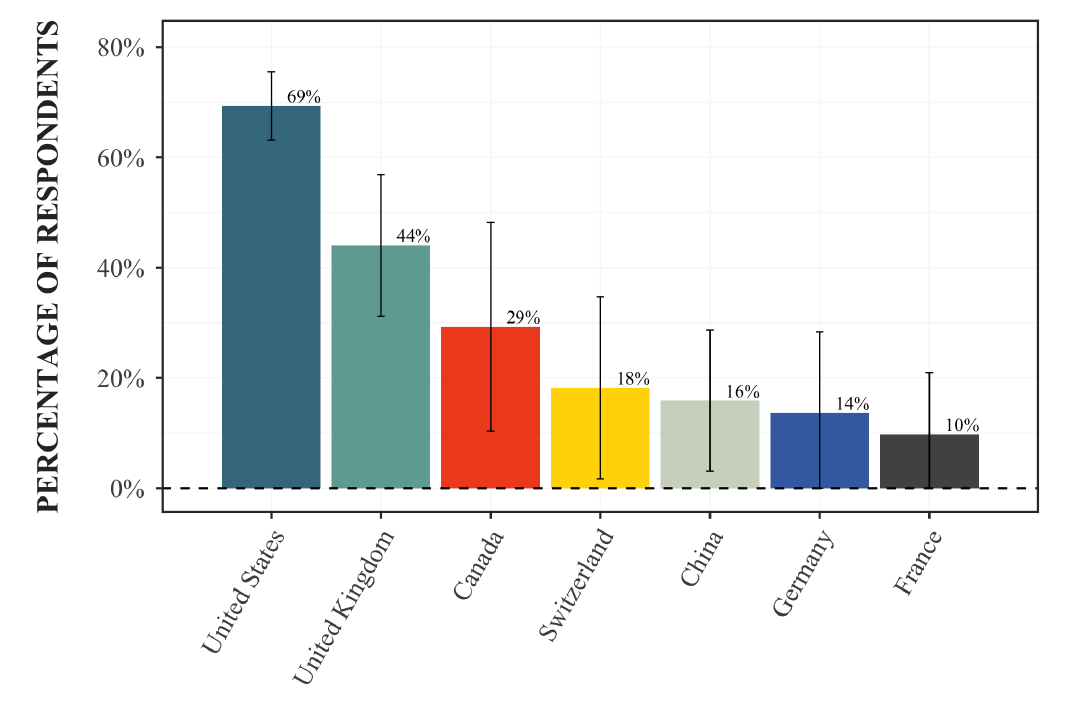 A graph of AI researchers’ concerns around immigration and visa policies, by country. The respondents for this part of the survey are discussing the countries where they currently reside. Source: https://arxiv.org/pdf/2104.07237.pdf

The net effect of nationalist retrenchment during the Trump era, and the advent of Brexit, seem to have produced a persistent sense of uncertainty and insecurity among skilled AI researchers, even though these countries have taken or are considering measures to lower the barriers to entry for this category of migrant workers.

Nonetheless, the US and the UK still lead in the roster of countries that AI researchers are most likely to consider moving to, based on quality of life and national acumen, leadership and investment in AI research: 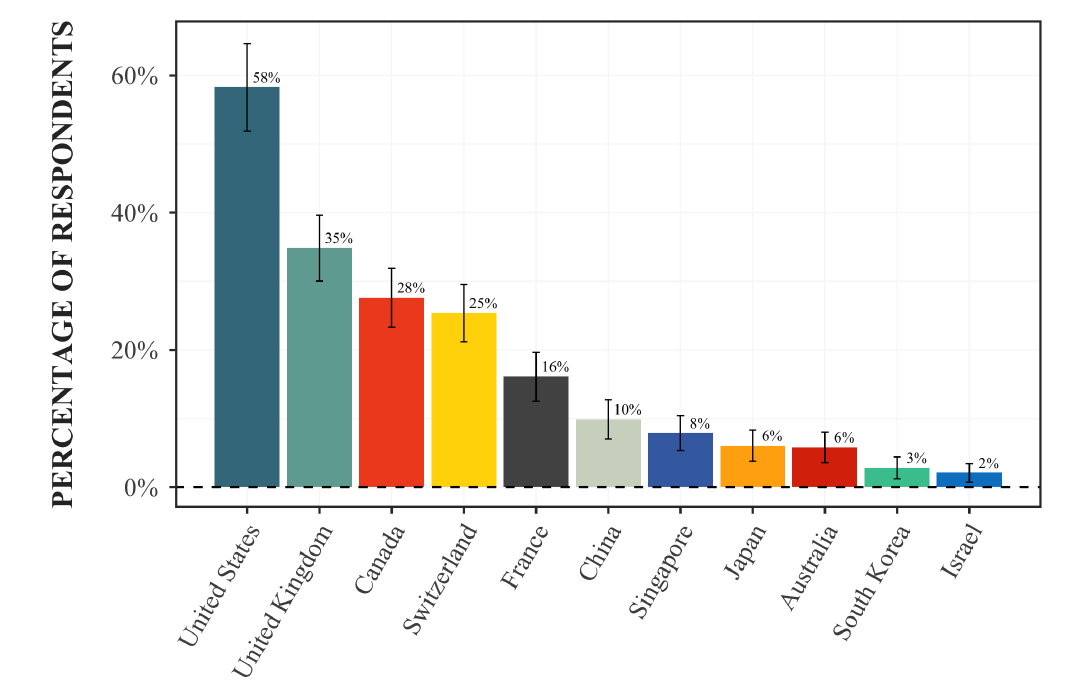 The countries that AI researchers are most likely to want to move to, based on responses from researchers who estimated a more than 25% chance of migrating within the next three years.

The report is a collaboration between various academic institutions, including the Center for Security and Emerging Technology at Georgetown University, the Department of Government at Cornell University, the Centre for the Governance of AI at Oxford University’s Future of Humanity Institute, and the University of Pennsylvania.

The survey was conducted across 524 AI researchers who had papers accepted for two prominent AI conferences: the International Conference on Machine Learning (ICML), and the Conference on Neural Information Processing Systems (NeurIPS).

The researchers asked the subjects where they planned to migrate for work, the motivations for their choices, and the extent to which a country’s immigration policies and visa requirements affected their choices.

Concern around visa issues was particularly strong for the UK and Canada, with 44% and 29% of respondents respectively viewing this as a serious issue for AI research. By contrast, just 10-18% of the survey subjects in China, Germany, France and Switzerland rated this as a concern.

The report advises that the US, UK and Canada should ‘remain vigilant’ to the ways in which their immigration policies may be affecting the influx and retention of the best AI talent, including immigrant students that may not choose to remain in the country after they have obtained qualifications.

Even in cases where AI researchers are most content with their adopted country, in which regard the US is the current leader, two thirds or more of researchers would consider moving to locations or countries where the working conditions and quality-of-life correlate most to their ambitions.

The report cites a number of studies over the years that demonstrate a correlation between immigration and technological innovation. A 2010 report revealed that between 1940-2000 there was a 9-18% growth in patents per capita for every percentage point increase in foreign college graduates in the population.

Further research into 20 European countries asserted that skilled migration boosted knowledge creation in the public and private sector, according to bibliometric and patenting data between 1995 and 2008.

China As An AI Research Destination

In 2020 China, which has vowed to become the world leader in artificial intelligence research by 2030, surpassed the US for the number of journal citations in the AI sector. The report suggests that China’s relatively low ranking in terms of desirability as a migration destination, despite its growing prominence in AI research, is attributable to cultural considerations.

However, the report observes that this effect increases with distance from the researcher’s origin country, and that the nearer to China a researcher is born (or takes their degree and/or post-graduate studies), the more that he or she is likely to be immured to these concerns, or to have acclimatized to them prior to setting out on a career. Where an AI researcher completed their undergraduate studies in China, their inclination to live and work in China in the future rises to 53%.

In 2019 a study from the University of Rochester and Cheung Kong Graduate School of Business identified a clear relationship between the domain knowledge of university students and their capacity to found startups and attract investments. The 2019 work also found that a notable ‘brain drain’ of AI professors in US academic faculties between 2004-2018 had a ‘chilling effect’ on the creation on new entrepreneurial activity in the sector.

The report also noted a negative impact in cases where the best AI professors were replaced by staff from lesser-ranked universities, or with untenured professors. 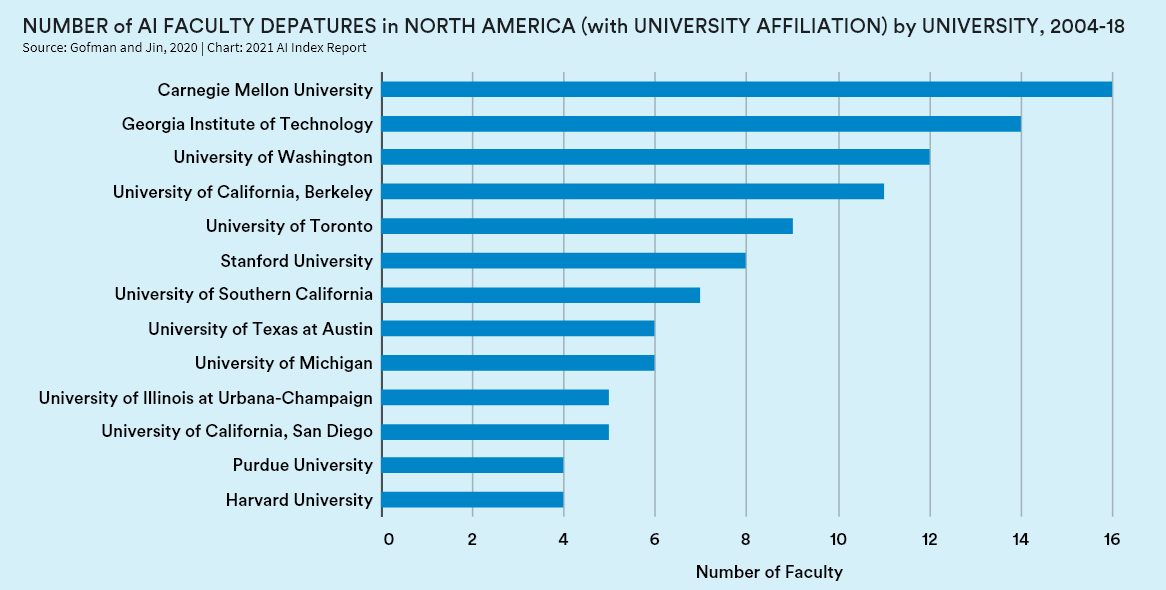 Related Topics:artificial intelligenceresearch
Up Next

Should Recommender Systems Be Exempt From the Post-Tracking Age?